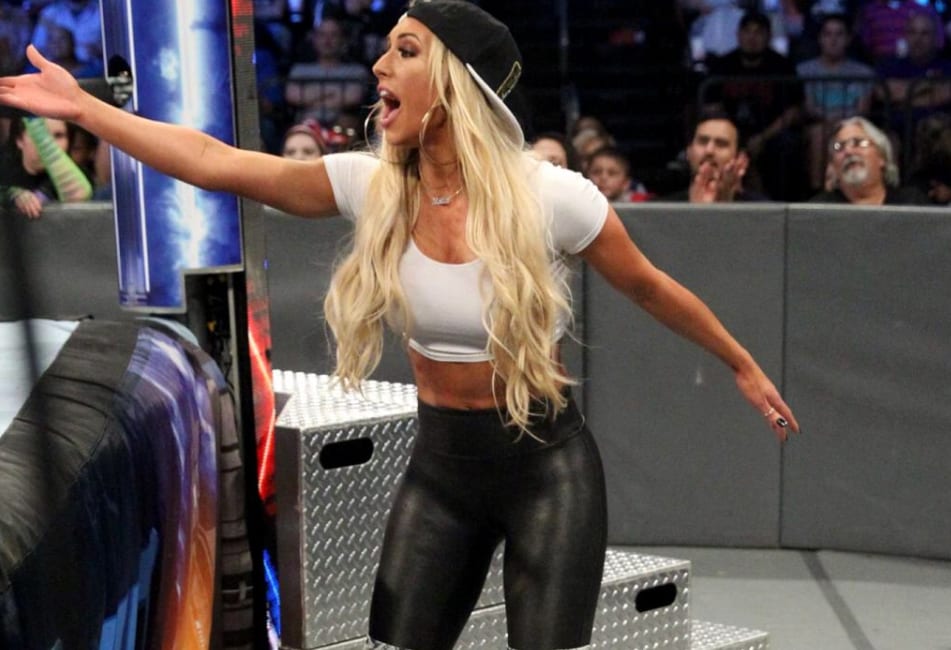 Carmella drew a ton of heat on herself as SmackDown Women’s Champion during her short reign with the tile. Even before that she was Miss Money In The Bank and fans loved to hate her attitude. But now it seems the Princess Of Staten Island has suddenly turned a new leaf.

R-Truth and Carmella are going to be a team on the next season of the Mixed Match Challenge, so they paired the 2 up as a unit on television. This meant a surprising babyface turn for Carmella, a person that fans were booing out of the building just a month prior.

Bryan Alvarez brought up this sudden babyface turn by Carmella on Wrestling Observer Live where he tried to make some sense of WWE’s logic.

“All of those ‘Mella Is Money’ all of those things storylines they did are out the window.”

Only time will tell if Carmella will transition herself back to being a bad girl on television. But as long as she’s following R-Truth to the ring asking “What’s up?” it doesn’t seem likely.