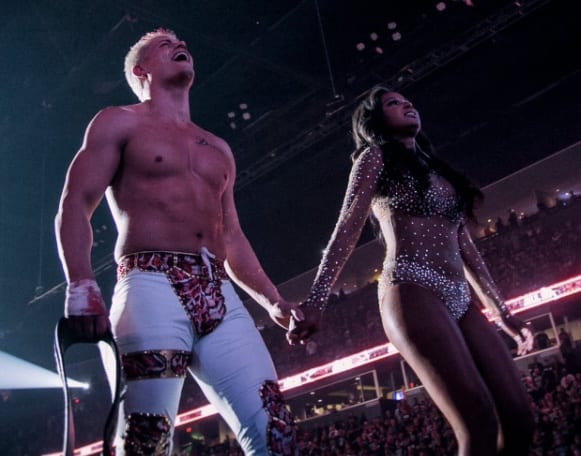 While their relationship was well known during their time in WWE, it was when both Cody and Brandi left that they really became household names in professional wrestling. After travelling the world together over the course of the last two and a half years on the independent scene, it’s fair to say that they’ve become one of the biggest and best ‘power couples’ in the game today.

Cody clearly acknowledges that he owes a lot of that to Brandi, as evidenced by this heartfelt message he sent out to the world on social media.

You’re the most beautiful woman in the world, and you’re a fierce friend. Every mile with you a memory. I fall in love with you like it’s the first time everyday. pic.twitter.com/XakCl9pqxc

As we look ahead to the future one of the biggest questions of all seems to be whether or not the two will ever return to WWE, with Cody, in particular, being a source of conversation amongst many fans.

On top of that, though, there’s also a great deal of speculation regarding whether or not there will be a follow up edition of All In – perhaps next year. The show was a resounding success with Cody and Brandi being two of the primary reasons for that, and it seems realistic to think that they’ll attempt to improve on the 11,000+ attendance that they were able to achieve at the Sears Centre earlier this month.

Things are getting pretty exciting for this couple, but most of all, it’s great to see that they’re still as happy now as they were when they first got together.