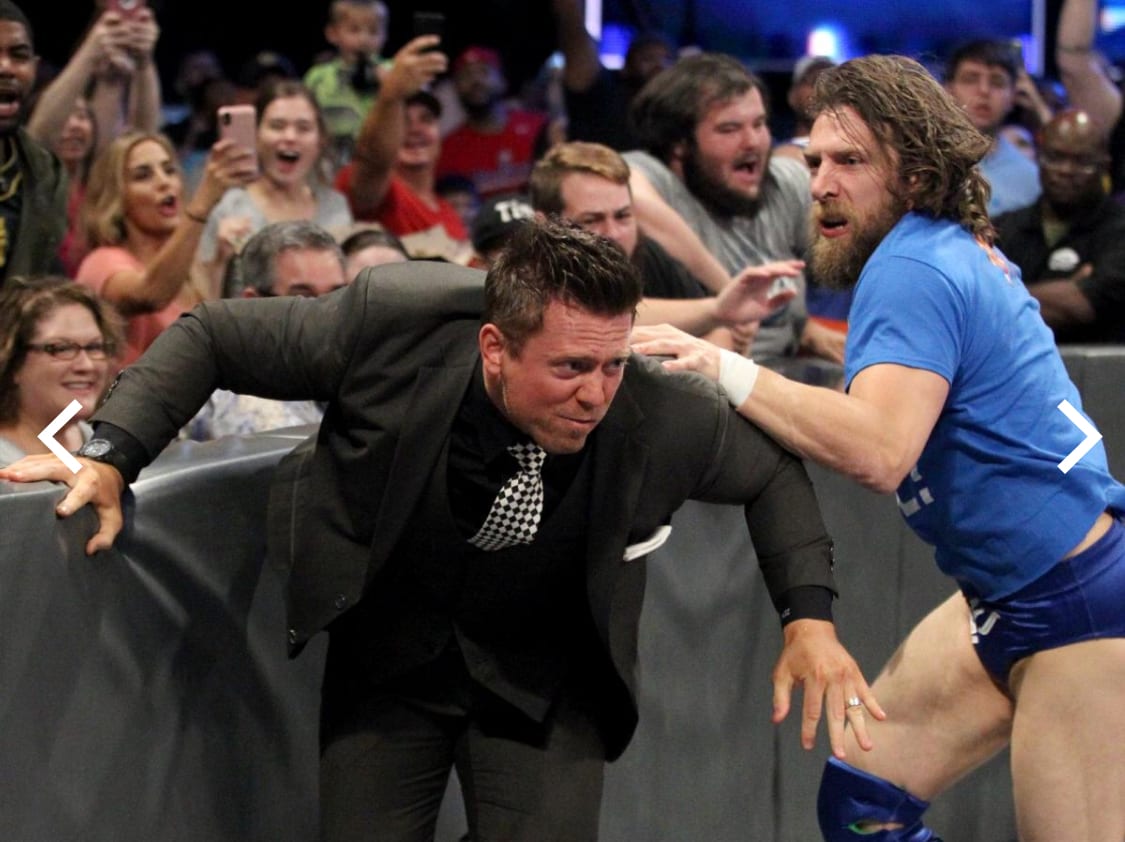 If you watched the final segment of SmackDown Live this week and made it through the main event match between Maryse vs Brie Bella, you might have noticed that Daniel Bryan came at The Miz especially hard when the time came for him to get his hands on the A-Lister. There was some obvious contact and stiff shots from Bryan to The Miz, and it might have been because The Miz was a little too rough on Brie Bella.

There was a spot where Bella pinned Maryse and The Miz jumped in and grabbed Bella. He pulled her toward the apron and she went slamming to the floor on the force of his yank alone. Bryan Alvarez noted on Wrestling Observer Live that this looked like a bit of an unintentional bump.

“If you watch it, it looks like Miz breaks character and he bends down to apologize to her. But then Daniel Bryan came in and he beat the hell out of Miz.”

Only time will tell if The Miz will get a receipt at Hell In A Cell but this kind of thing isn’t going to cool the fires of the feud between The Miz and Daniel Bryan.