WWE does a lot of things to make sure they remain the top pro wrestling company in the world. They also realize the legal aspects of a contract and don’t want to be caught tampering. But there are ways around everything at this point and WWE certainly realizes that fact.

With the success of All In, WWE obviously wants a few key names who rocked the Sears Centre. They might like to act like they don’t realize All In happened, but they were well aware.

Mike Johnson said on PW Insider Elite audio that there are ways WWE can get around things while giving a couple different hypothetical scenarios where WWE might be able to get some kind of message to someone they’re not supposed to be talking to.

“If you don’t think, and no one is going to admit this. But if you don’t think that Triple H or someone representing Triple H has not reached out to Matt and Nick Jackson or Adam Page or Marty Scurll or Cody Rhodes Rhodes or whoever.”

“Sure, ‘legally’ and ‘air quotes’ they’re not allowed. But that doesn’t mean Triple H can’t call Steve Corino and say, ‘Steve, why don’t you reach out to those guys see what they’re interested in.’ And Steve Cornio calls his good friend Matt Jackson and says: ‘chirp chirp chirp — the water’s fine they want to come in!'”

WWE has done this kind of thing a lot from Chris Jericho’s example of sitting in Vince McMahon’s house in the middle of a creative meeting while he was under WCW contract.

There are loads of other options of how to get ahold of someone nowadays. But only time will tell if WWE’s efforts will pay off in trying to get the Being The Elite crew because after all, they all agreed to each other that they will all be going the same place where ever they go. 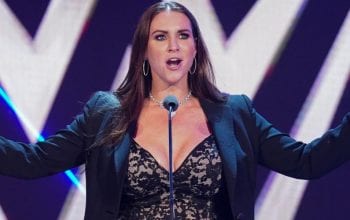