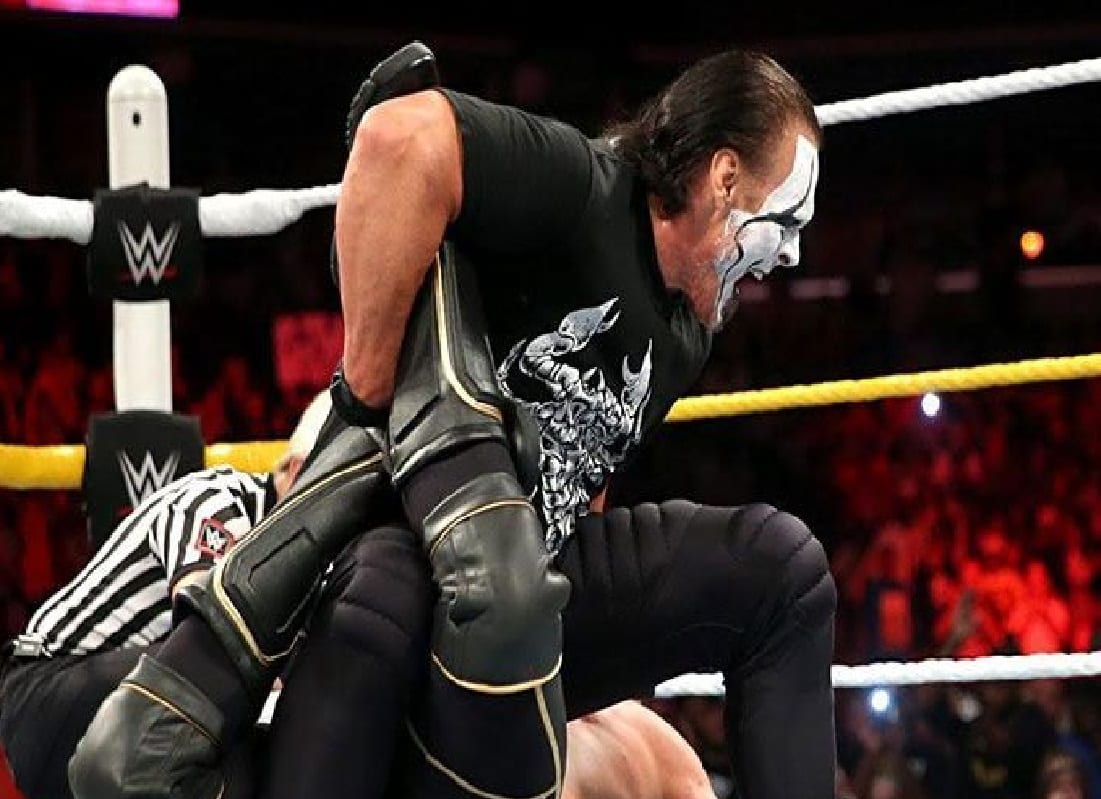 Sting was a huge hit during his heyday and helped WCW rise in public profile because of his squeaky-clean persona and then he returned later on after WCW’s evolution into an nWo-ran company to fight in a Crow-inspired gimmick. But all the while he made opponents tap out to the Scorpion Death Lock.

The Man They Call Sting appeared on Apter Chat to catch up with his old buddy Bill Apter. During their conversation, Sting revealed where he got his famous finishing hold from and it turns out it was something he brought back with him on from an overseas voyage.

“I was fortunate enough in those early days, while I was still with Bill Watts, Bubba from Japan wanted me to come do a show. Bill sent me to Japan and there was a wrestler named Riki Choshu. He used that hold and I went ‘oh, I like that’ and so then the scorpion kinda popped in all at the same time and attempting to brand myself.”

At this point in his career, Sting is more likely to sign an autograph than lock someone in his dreaded finishing hold, but there was a time when it was one of the best-sold submissions in sports entertainment. But we might not realize Sting got it from a guy named Riki.