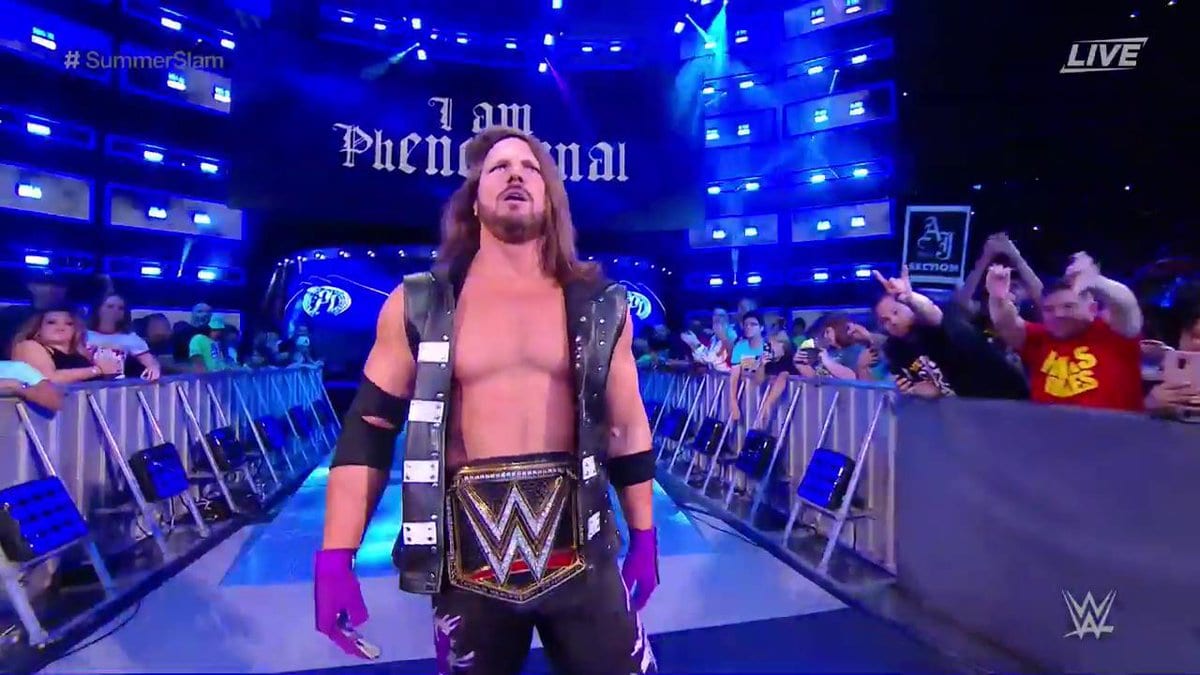 It might sound a dumb idea to change up someone’s name when they come to WWE after spending decades making a name for themselves but it happens all the time. Of course, AJ Styles is the kind of name that has not only became a mainstay in WWE, but he was able to bring his Phenomenal gimmick with him.

But Styles spoke to ESPN where he explained that things almost turned out very different for him when he came to WWE. In fact, the idea was on the table that he might have to alter his name like so many before him.

“When Triple H and I were talking, he said: ‘I don’t know if we’ll be able to keep your name.’ I said: ‘That’s fine, I’ll be any name you want me to be called, except I do have this huge AJ tattoo on my side so that might be a problem.”

“I think it worked out for the best because we weren’t taken and being changed into something else. We were the same characters that they saw from different companies and that they were familiar with and people were already invested in. I think that was a good move by WWE.”

We have to agree that it was a very good idea for AJ Styles to keep his name. After all, can you imagine what they might have altered it to in order to make it any more appealing than the name he had already used to capture titles all over the world?