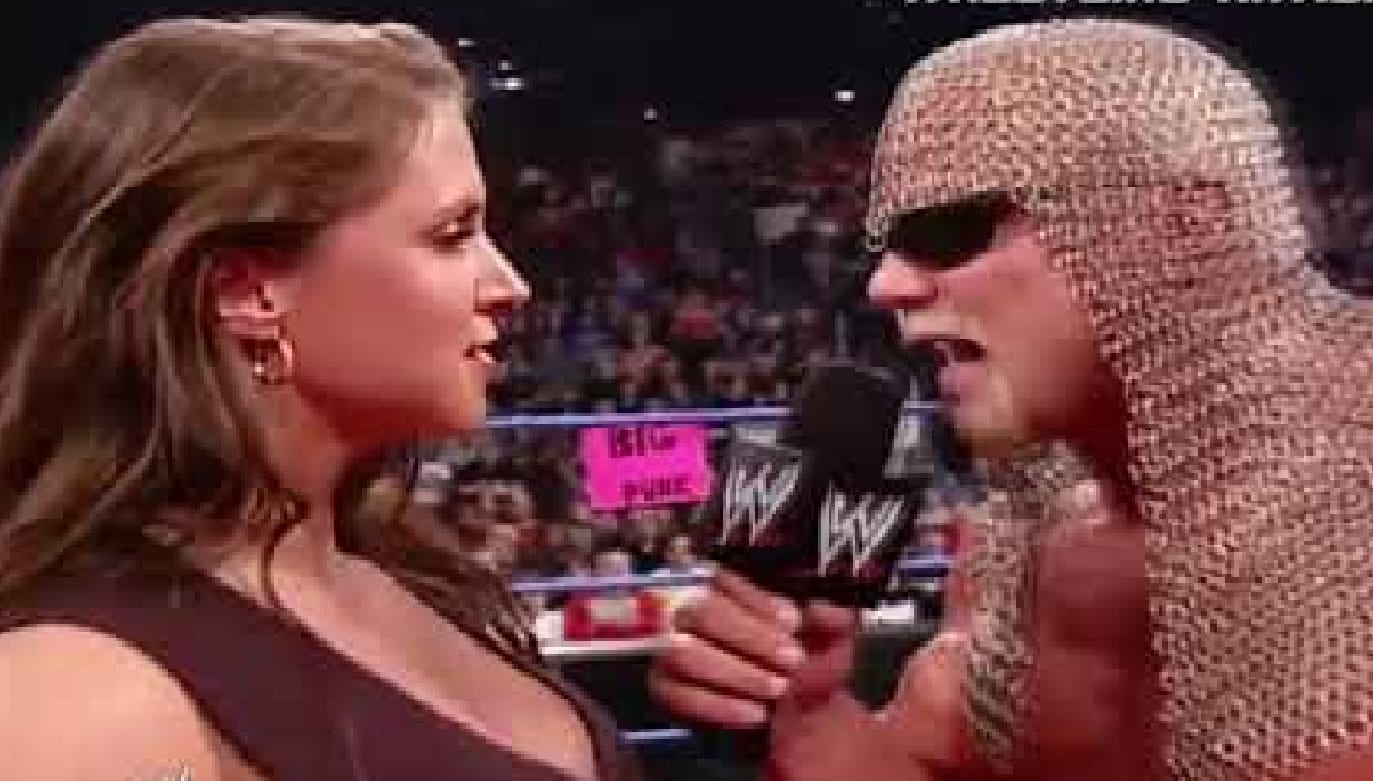 Steiner recently spoke to What Culture Wrestling where he gave an interview that we won’t soon be forgetting. He was doing great and being back is a good thing for him. He’s off of a shoulder surgery and glad to be back.

He said there were 2 times in the past 20 years where there’s been a surge in popularity like All In. One of them was the nWo and he didn’t get around to saying what the other event was.

Then Scott Steiner started to rail on WWE as the mega-company that he isn’t a big fan of at all.

“It just goes to show you that nobody wants to watch that bullsh*t WWE puts out right now. That product is f*cking horrible.”

He said his time at WWE was “f*cking brutal,” and continued to speak about the company, in particular, Stephanie McMahon.

“The 2 times I was up there I thought about quitting. Yeah, f*cking weirdos man. The bullshit you have to deal with now — now it’s worse because you’ve got one of the biggest c*nts running it, you know?”

“Stephanie McMahon, what the f*ck does she know about wrestling? Just because… and then Triple H… f*ck… are you f*cking kidding me? I feel bad for the wrestlers, you know? Because they pigeonholed them in these stupid characters and make everybody do the same interviews that they print out. You can’t expand or be creative. It’s not what my picture of wrestling is. People say they sell it like this it’s the squared circle, they proved it — it’s bullsh*t.”

He doesn’t sound too keen on another run in WWE at this point. But Big Poppa Pump is always likely to show up at an indie show somewhere for all of his Freaks. One thing is for sure, he’s probably off of Stephanie McMahon’s Christmas card list if he was ever on it in the first place.