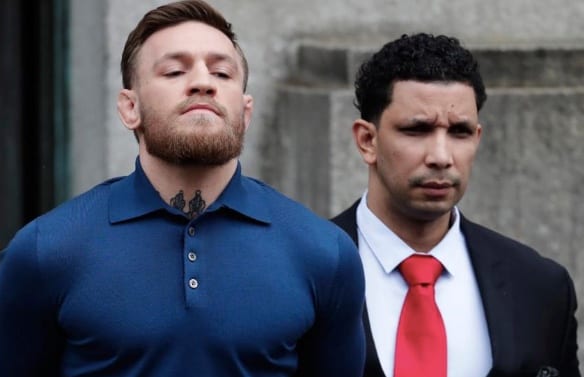 As confirmed by online court records, Michael Chiesa is suing Conor McGregor following the UFC 223 bus attack back in April.

Chiesa, 30, has claimed that the attack in question led to him “experiencing pain, suffering and a loss of enjoyment of life”. The issue at hand occurred following the media day for the 223 event, with McGregor throwing a dolly through a bus window in an attempt to lure out Khabib Nurmagomedov.

The shattered glass cut Chiesa open and also led to his fight with Anthony Pettis being taken off the card. In the immediate aftermath of the incident, Chiesa claimed that Conor had cost him a potential shot at the title.

Chiesa’s fight against Pettis wound up being rearranged to UFC 226, with Showtime coming away with the victory. Conor McGregor, on the other hand, will finally get his showdown with Khabib at UFC 229 in Las Vegas.

A lot of fighters on the bus that day have spoken out about their experience, and as we look through the history of the Ultimate Fighting Championship, it does seem as if this is going to be one of the biggest black marks the promotion will ever experience.

McGregor managed to avoid jail time for what happened, but there’s a good chance that this may not be the only lawsuit that he is forced to endure in the last few months.

Chiesa and McGregor are at two very different points in their career, but in terms of this problem, it feels like we’ll be hearing a lot more about this.