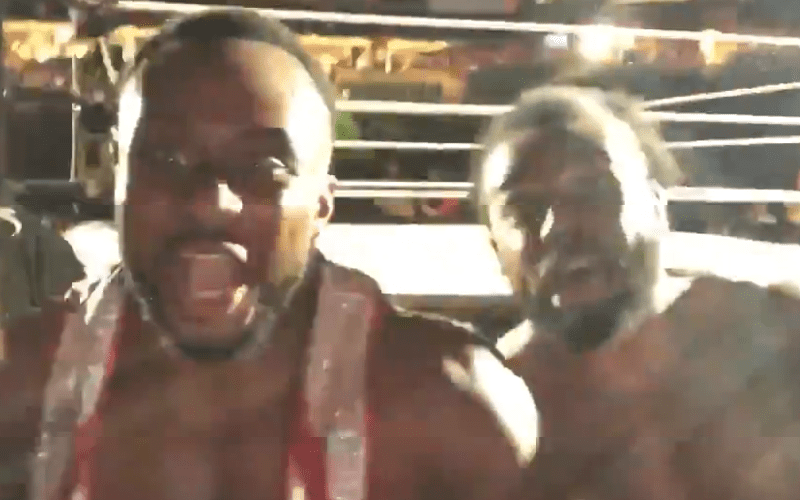 For many fans in the WWE Universe, attending a WWE live event is unlike anything else. During the SmackDown live event in Beaumont last night, one fan got more than she bargained for when she purchased her ticket for the show.

Following a tag team match involving The New Day, Twitter user @nicolesbriannaa stood front row to take a picture with Big E. The Tag Team Champion approached her for the shot, only for both parties to realize she had the camera function on.

Big E has a hilarious reaction alongside the user and his fellow New Day member, Xavier Woods. You can check out the video below.

The New Day are scheduled to face either The Bar or Rusev Day at the upcoming Hell in a Cell PPV this weekend. During SmackDown Live tonight, their opponents are expected to be made official.

Have you ever been to a live event? What was your reaction to this video? Let us know in the comments below.