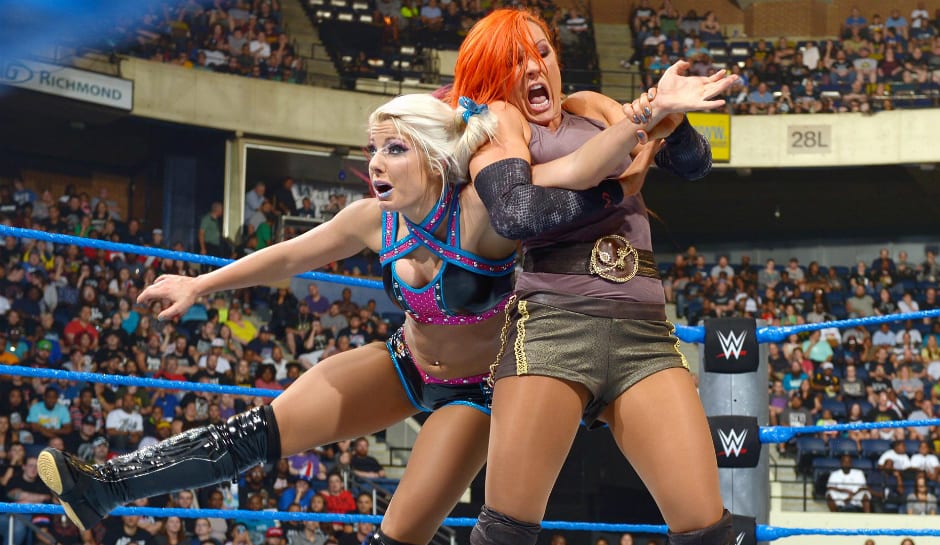 Becky Lynch is hunting down Charlotte Flair’s SmackDown Women’s Title and it looks like she’ll be doing it as a heel. They have a match prepared for Hell In A Cell for the title and things are only heating up between The Lass Kicker and The Queen.

Alexa Bliss has her own match at HIAC where she will attempt to win back the Raw Women’s Title from Ronda Rousey. Bliss recently spoke about the SmackDown Women’s Title picture during an overseas media call where she praised Lynch’s turn saying it will open her up to more opportunity to display the attitude she’s always needed.

“I’m always in favor when someone has a certain attitude adjustment and she undergoes a change. I think it’s been a long time coming for Becky.”

“I think that attitude change is what she’s needed. Especially because she has a lot of fire and spark behind her and the attitude change really allows her to show that. Where before, she was restricted. I think it just fits her far better.”

Just because she’s acting like a villain on television doesn’t mean the fans will boo her. After all, when she turned on Charlotte Flair it resulted in the biggest pop of the night in Brooklyn. Only time will tell how it turns out for Lynch, but she’s certainly on her way to doing something on television which is a much better position than she was in before.

Thanks to Sportskeeda for the quotes