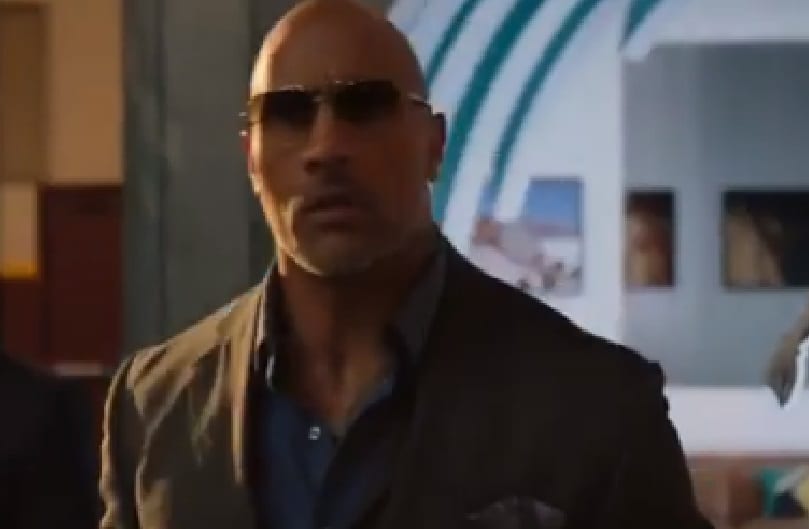 Only time will tell if WWE can convince The Rock to come into WrestleMania, The Royal Rumble, or even SmackDown’s 1000th episode celebration. But it looks like they’ll have to pull him from another movie if that’s going to happen.

The spin-off movie about The Rock’s Fast & The Furious character is underway despite the fact that some of his “Fast Family” might not have liked the fact that he and Jason Statham was doing this film to push another actual Fast & Furious film back from filming. This caused quite a stir with his co-stars including Tyrese Gibson.

“DAY 1 and the evolution has officially begun,” Dwayne Johnson wrote on Instagram. “Long awaited Fast & Furious spin-off movie, #HobbsAndShaw is electric. My partner in heavy crime & fun Jason Statham is lookin’ like $1million bucks and holdin’ it all down. Our visionary & badass director David M Leitch (just directed Deadpool 2) at the helm and ready to evolve the franchise in exciting and fresh new ways.”

Only time will tell when we’ll see The Rock in a WWE ring, but it looks like we’ll certainly see him speeding in a car in another Fast movie soon enough, even if it’s a spinoff.