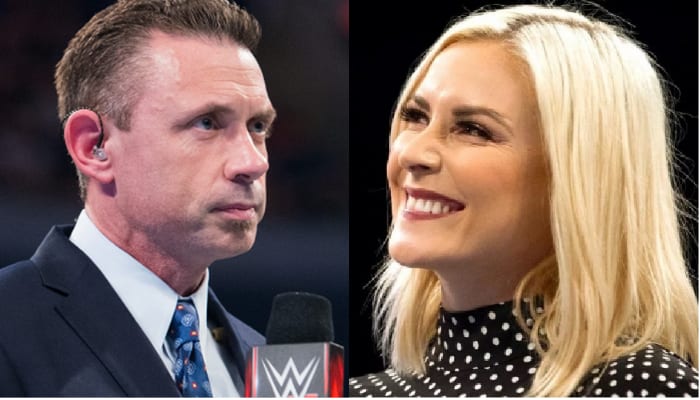 Michael Cole has held down his job as the voice of WWE for a very long time. He seemed to earn his spot after Jim Ross transitioned out of the seat and since then it’s been Michael Cole’s vocal talents telling the stories on Raw. He’s seen a lot of people come and go as his broadcasting partner but it looks like this new addition could be different.

We’re not saying Renee Young’s new gig on Raw will last forever, after all nothing lasts forever, but it is certainly a full-time job at this point. Cole recognized all of her hard work and obviously heard the gratitude Renee voiced after the news broke about her new position

Cole wrote: “Work hard and you will be rewarded. Simple but true. Tonight will be a top 5 highlight in my 22-year career. Congrats Renee Young.” To say it will be a highlight of his career that has lasted over two decades is a pretty big deal to be honest and it sounds like he’s being honest about it.

Only time will tell what will happen next, but it seems like Young’s first two shots at the announce table were plenty enough to impress and earn her an amazing opportunity.

Work hard and you will be rewarded. Simple but true. Tonight will be a top 5 highlight in my 22 year career. Congrats @ReneeYoungWWE