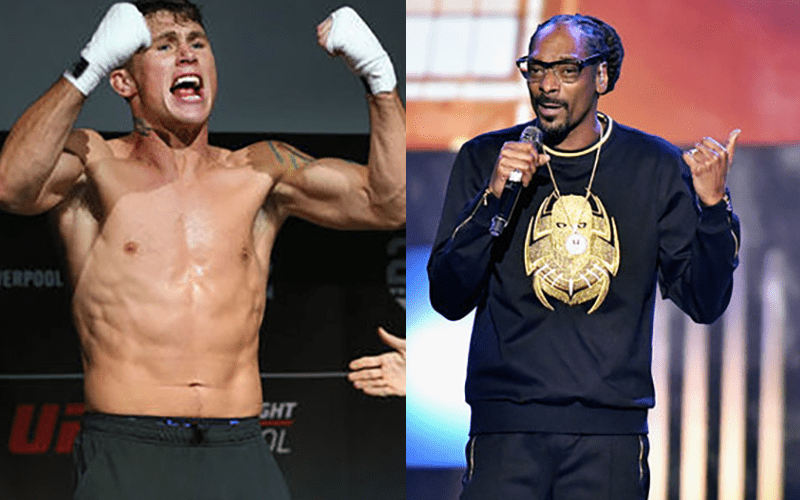 UFC welterweight Darren Till took a big shot at famous rapper Snoop Dogg on social media in the wake of his defeat to Tyron Woodley at UFC 228.

Till, who had defeated Donald ‘Cowboy’ Cerrone and Stephen ‘Wonderboy’ Thompson in his last two fights prior to Saturday, was submitted by The Chosen One in what was the first loss of his professional mixed martial arts career. Many fans were stunned to see just how dominant Woodley was throughout the course of the fight, although it seems as if Snoop Dogg wasn’t one of them.

As you can see in the below video Snoop took it upon himself to throw a series of insults in the direction of Till while watching the fight, yelling out some pretty bizarre things in the process.

The Donald Trump references are the most notable, and many fans are speculating as to whether or not he got Till confused with Colby Covington, who is known for his association with President Trump.

Snoop seemingly has a close relationship with the UFC and he even did some guest commentary for them during the first season of Dana White’s Tuesday Night Contender Series, but regardless of that, The Gorilla wasn’t happy with his comments.

It’s unlikely that this will extend beyond the following two posts, as the focus for Darren will now be to re-group and figure out what his next step is. Some think that he’ll continue to fight at welterweight, but most believe his future lies in the middleweight division.