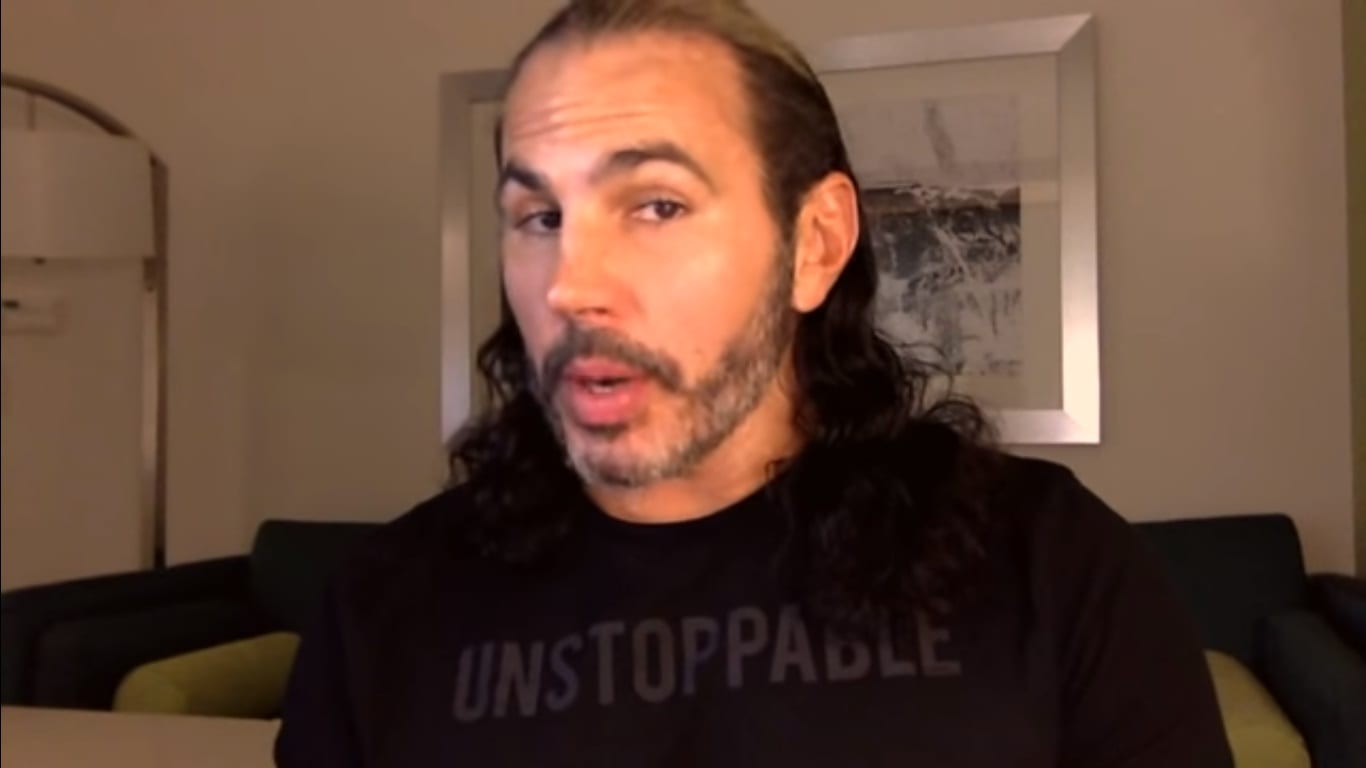 Matt Hardy’s WWE contract is up in March next year and he’s already started playing a role backstage as a producer while he recovers from an injury that was a result of decades of punishment to his body.

Hardy recently took part in a YouTube Q&A where he addressed many questions that fans had for him. While he expressed a desire to stay with WWE for the remainder of his career, you can never truly know what the future holds. Hardy has been with Impact and ROH before and didn’t write them out completely. After all, he could find himself in a position like Chris Jericho where he can pick and choose his dates.

“In a perfect world, in a perfect scenario, I will finish the remainder of my career with WWE. When I came back to the WWE, I really wanted to and it was really important to me because I feel like I owed WWE a debt. I hated how I left in 2010 and 2011.”

“I was just burned out on every level possible and I wanted to come back and leave on a high note. I felt like I owed them a debt in many ways.”

“if something didn’t work with the scheduling, or whatever the job was, if it conflicted with my family and I could do a shot here and there, kind of have my own schedule, almost like a Chris Jericho does? Sure, it’s a possibility.”

Only time will tell what Hardy ends up doing next, but it looks like he has plenty of options and he certainly realizes that fact.