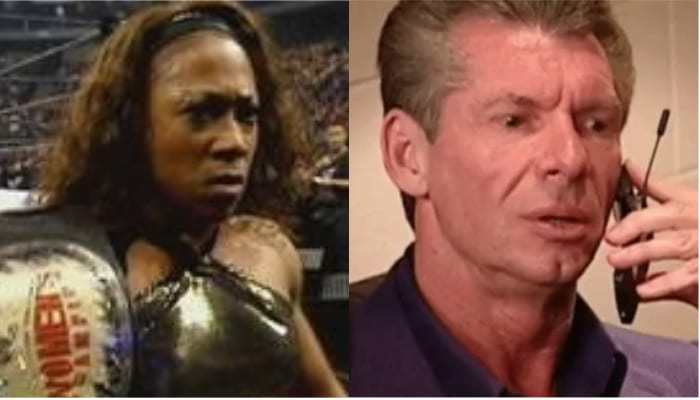 Jazz competed during a time before the women in WWE got the proper attention they deserved. But she was able to pick up the WWE Women’s Title twice during her time with the company before her release in 2007.

She was a face in the Women Superstars Uncensored promotion from 2007 to 2011 and has since been working the indies including a reign as NWA World Women’s Champion in 2016. But as Jazz spoke to Women’s Wrestling Weekly, she obviously didn’t have the most glowing things to say about her former employer.

Jazz is currently in a lawsuit with WWE over injuries and the risks involved in the business. She is one of 51 names in the lawsuit which she can’t discuss right now, but she did say: “it could be good or it could be bad.”

But when she spoke about her release from WWE, things were apparent that she has a bone to pick. She also spoke about the racist atmosphere she might have experienced in the company as well while WWE continued to show that they didn’t know how to market to an African American fan base.

“They called us to the back and said we were wrestling too much like men… I thought, well that’s the end of my career.”

“If I wasn’t in the company, I would be a part of the company because of the way it is today I still have no clue of why I was released. I’m championed one day and released the next day.”

“I don’t think they know how to market to African Americans. I was a champion and I’ve never had an action figure. They did the screening and scanning and said my action figure is in high demand and I never saw it.”

Only time will tell if WWE will finally be able to get it right, after all, it is a different day and age and many things have changed since Jazz’s exit from the company.

But if you look hard enough you’ll be bound to find a few examples lingering that Jazz was talking about as it is still a mystery to her and us as well why she was released except for the fact she was bringing it too much in the ring during a time when people just weren’t ready for that yet.

Thanks to Wresling Inc for the quotes