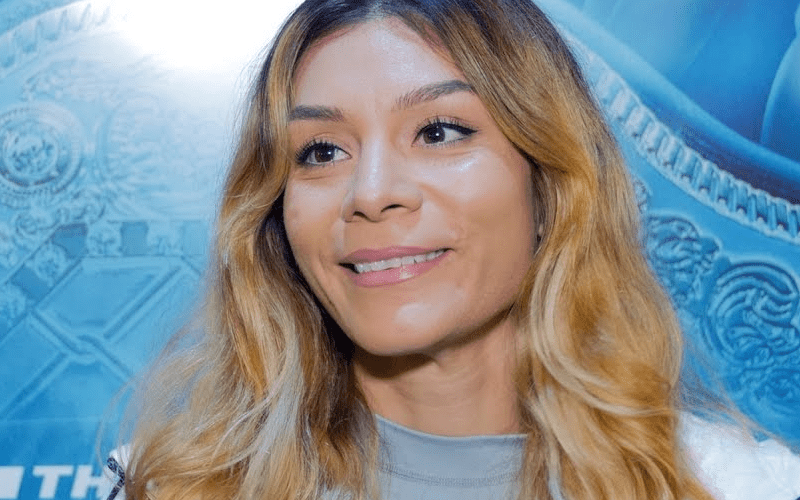 It’s been a rough few days for Nicco Montano. During weigh-ins for UFC 228 the UFC medical team instructed her that she needed to be taken to the nearest hospital due to poor kidney function. Then her flyweight championship bout against Valentina Shevchenko was canceled, and president Dana White stripped her of her title due to her condition. Even worse, White stated that Shevchenko would be competing for the gold Nicco never lost against an opponent yet to be announced.

Now, Nicco herself is speaking out on the weekend’s incidents via social media, and calls Shevchenko a lying bully for her vicious comments made in her absence.

I want to say thank you to all my continued supporters, unfortunately my first time ever missing weight means the loss of my title that I’ve worked my ass off for. And if you ask me is completely uncalled for, there have been plenty other fighters who have not been punished for a lot more, unfortunately I’m not one to be running my mouth so I don’t bring in the big bucks.

I had stopped sweating early, my kidneys shut down, and I had an imbalance of electrolytes, my sodium levels were way too high. When I got to the hospital the doctors told me that it was the best idea, that if I had waited even 30 minutes longer it could’ve led to cardiac issues. With that said I had no intention to drop out of the fight. I looked good at open workouts because I had every intention to dominate tonight.

There have been multiple occasions where athletes after the TUF show have been metabolically impaired. It takes a lot longer to allow yourself the time to bounce back to your proper weight. In my case it was that with the accumulation of illness and injury.

I had asked for a fight in October knowing this and had some legit people on my side also asking on my behalf, however the matchmaker and whoever else only gave me the September date to choose from. So with no other choice and with the internet backing a lying bully (Valentina), I was forced to accept the date or have the threat to get stripped anyway.

This was the only time I signed a contract so the statements that this egomaniac (Valentina) has said are completely false and nowhere near the truth. Her idea of reality is so far fetched so the fact that she trained for me three times must mean a couple of things, she’s obsessed with me and she has too much time on her hands. Not only has she been disrespectful and jealous of my efforts and accomplishments also blocking me first on Instagram during her first fight at 125, but the fact that she takes pride in kicking a person while they’re going through surgery and having their kidneys shut down truly demonstrates what a martial artist should not be!

I did everything I could to make the weight in the amount of time offered to me, I had no choice but to. Luckily I have a documentary being made following this entire process and it will soon be available to everyone to witness themselves.

When you’re stuck in between a rock and a hard place you stick up your dukes and get down to it and that’s precisely what I did and will continue to do.

The plan for now is to be able to live a healthy lifestyle for the longevity of my career and livelihood. Until I can confidently adapt my body and walk around at a lighter weight I will keep doing what I can when it comes to making indigenous lives matter and will not be hushed in terms of the wrongdoing that has been established, not only with my people but also with me!

Never have I experienced working with an opponent who is so heartless and disrespectful, you can absolutely guarantee I’m coming back to make my stamp and take back my belt!