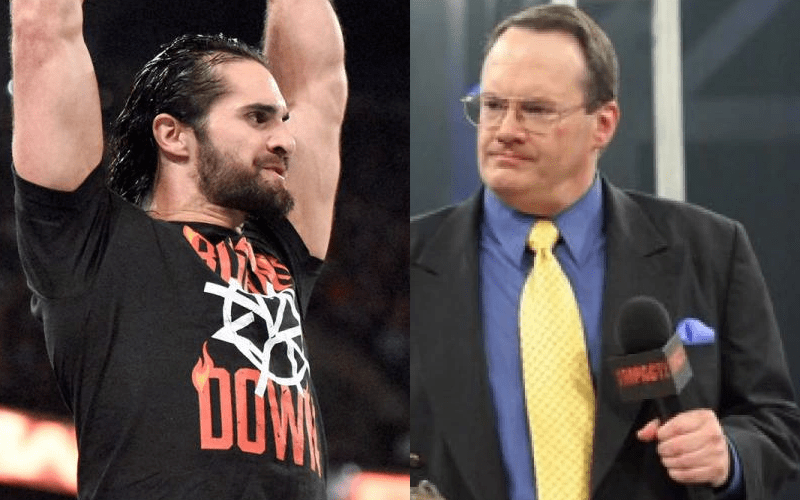 While appearing on Bill Apter’s podcast, Jim Cornette was asked who on today’s WWE roster he would like to manage and and revealed that person would be Seth Rollins.

“I’ve been a fan of one particular guy since I first saw him in Ring of Honor eight years ago. He was Tyler Black then, but he’s Seth Rollins now.”

“I think he’s just the whole package. He can work. He sounds good. He looks good. He’s got the size. He’s got the athletic ability. When I knew him, and hopefully nothing has changed, he was a good kid with no bad habits. He reminds me of a modern day Rick Rude. He has that aura about him. He carries himself like a star.”

Would you ever want to see the pairing of Jim Cornette & Seth Rollins? Sound off in the comment section below…