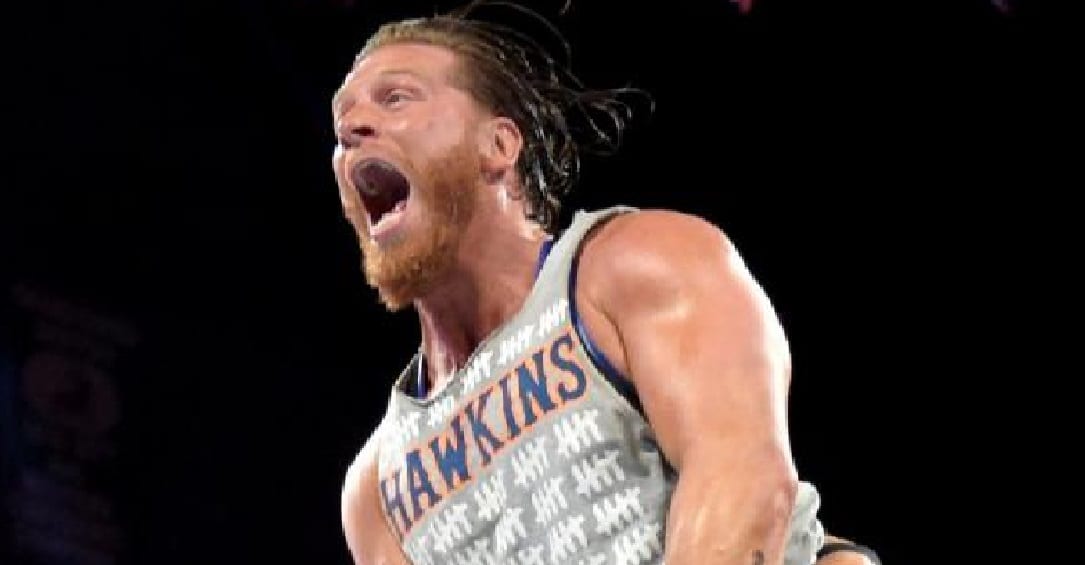 Curt Hawkins has been through a lot in his pro wrestling career after being released from WWE and grinding at the indie scene for so long. He eventually came back to WWE, but it looks like his return might have been a little less than desirable as well. He’s still working and grateful to be in WWE, but he could be winning a match every now and then.

Hawkins recently spoke to Sam Roberts Wrestling podcast about his WWE return and how he was able to use his undefeated streak to better himself financially as he ran with the idea of being a winless wrestler.

“I thought of the t-shirt idea, and drew it up really crappy, but I sent it to a buddy of mine who is super talented with drawing and stuff.”

“He made it look really nice and then I just knocked on Vince McMahon’s door and showed it to him. I told him that I had been with the company for 10 years now and I never had a shirt. I don’t think I am deserving of a shirt, but people are really getting into this thing and I had this t-shirt idea designed. I don’t know if he had something to do with it, but shortly after the t-shirt was made.”

Only time will tell if Hawkins will finally get a win, but he’s having a great time as it is right now making a name for himself in whatever way possible. After all, say what you will about his defeated streak, but it’s certainly entertaining.