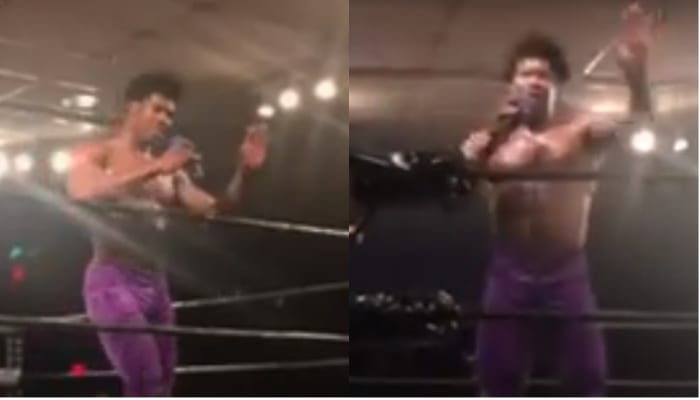 Velveteen Dream might be an NXT Superstar at this point, but he’ll never forget his roots. He never worked for EVOLVE before coming to WWE, but the Maryland Championship Wrestling scene was very close to where this event took place and it brought him closer to his home.

Not only was it really cool of NXT to allow Dream to miss a show in order to wrestle Austin Theory at the EVOLVE show, but Dream took a chance to speak on the microphone in 3rd person after the match to show his gratitude in a rare break from his usual pompous and flamboyant character.

The crowd loved him and he had to wait a bit to start before the crowd’s chants died down. But once he got a chance to speak he showed his appreciation to the crowd. When the crowd started “we’re not worthy chants,” he took a chance to say:

“The Dream’s not worthy. He’s been doing this for 2 years. He’s this good but you guys are so much better.”

He said EVOLVE is an amazing promotion and discussed Austin Theory, who he defeated and said that Theory vs Dream will be something we’ll see in NXT. He said he’s not wrong about much and he continued to put over the promotion for his fans who remember him when he was just Patrick Clarke.