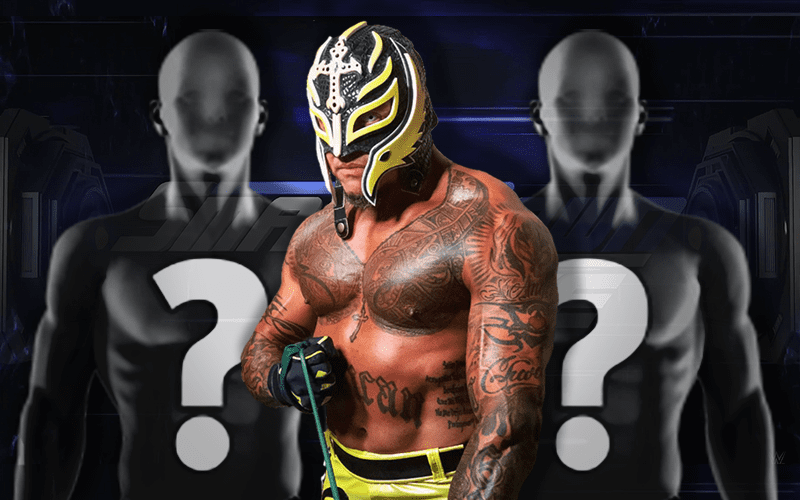 A lot can happen in WWE and sometimes it’s anybody’s guess what might shock fans next. But it turns out that there could be an idea floating around out there that could really shake-up WWE if they use it.

Joe Peisich said on a special news edition of the Barnburner Fired Up podcast that Mysterio could be coming back much sooner than some fans might expect and to top it off, he might not come alone.

“Could Rey Mysterio Jr be leading a new group of Spanish wrestlers like Fenix, Pentagon Jr. to battle factions like The Shield, Braun Strowman/Dolph Ziggler/Drew McIntyre?”

The idea of Mysterio leading Penta and Fenix into battle is certainly exciting. If anything it will give someone a chance to speak for Penta who doesn’t cut English promos very often at all. But if WWE puts Mysterio back on SmackDown Live, then it might make sense to put him with Fenix and Penta because not only can they work more than him, but it might also support WWE’s previously held idea that more Latin Americans watch the Blue Brand.