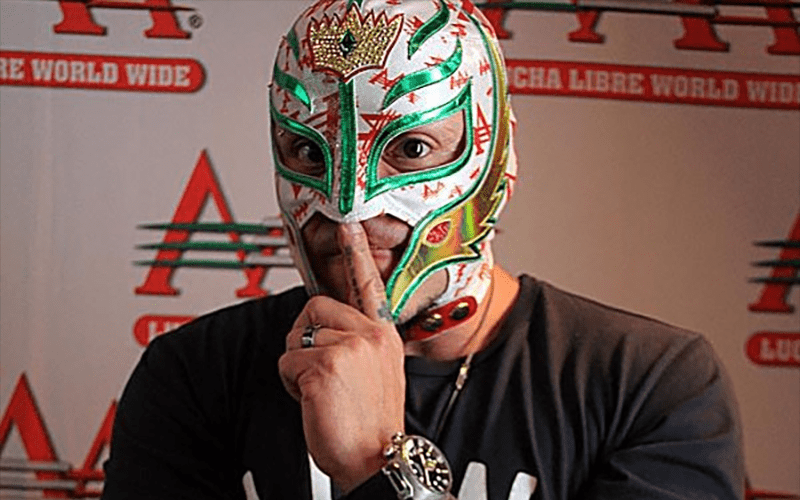 Everybody loves a good surprise in pro wrestling, especially in WWE when so many things are telegraphed and we see it coming. But it looks like there could be a way to shock the fans, even the smarter ones. After all, Rey Mysterio is WWE-bound but nobody knows just when he’ll be popping back up.

Joe Peisich said on a special news edition of the Barnburner Fired Up podcast that WWE is reportedly planning on bringing back Mr. 6-1-9 much sooner than anyone else would have guessed.

“I hear that Rey Mysterio will basically be coming back within the next 4 to 6 weeks.”

Only time will tell when we see Mysterio make his comeback, but it certainly sounds like he could be coming back when we least expect it.