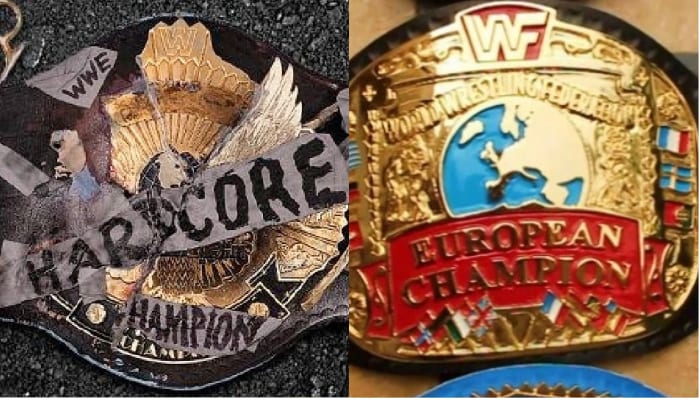 WWE has a lot of ideas and a company like that has changed a lot over time and is bound to keep evolving. There are a good amount of titles on WWE television including 9 titles and then if you include the NXT UK Brand it’s even more.

Joe Peisich said on a special news edition of the Barnburner Fired Up podcast that WWE is considering mixing things up in a big way by introducing some new titles that could really change some things around and give guys and girls a chance to fight for something new and exciting… or maybe WWE could just bring back an old fan-favorite.

“WWE will be implementing new titles. Of course, you’ve heard rumors of ladies tag team titles there have been rumors told to me that they’re thinking of having sort of an Intercontinental ladies title. I doubt that’s going to happen because I think they’re going to debut the tag team titles and then one other title is going to be coming back to WWE. I don’t know if it’s the Hardcore Title or European Title.”

Joe continued saying WWE might add another title on NXT as well making a possible 2 to 3 new titles debuting in the next 3 to 6 months.

It would make sense for WWE to focus a title on the rest of the world as their influence continues to spread. But only time will tell what they decide on doing. After all, they have a lot of hours of television time to fill and could have even more once their deal with Fox Sports goes down.