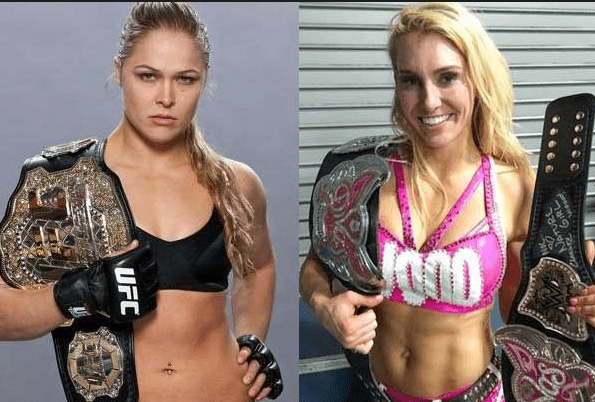 The Rattlesnake covered a multitude of topics on his most recent episode of the Steve Austin show, but one that seemed most notable was his input on Charlotte Flair. Austin believes that Charlotte, like her father, has worked much better as a heel in her time on the main roster and that it’s important to establish her as one, especially if WWE is planning on having the Nature Girl in a marquee WrestleMania matchup against Ronda Rousey. (An early rumor to main event.) Stone Cold is 100% behind the idea of the Rowdy One taking on Charlotte, but would prefer the traditional heel versus babyface dynamic.

For me, Charlotte is a defined heel. We know she’s a heel. We’re pushing her as a heel. We’re booking her as a heel. Yeah, to me, she has a defined role. She’s totally confident in either one, but I think she’s more comfortable as a heel. And that’s not from me talking to her. That’s from me guessing that she’s more comfortable as a heel, but she’s going to do whatever they ask of her. Boy, that has the potential to be a hell of a main event, but then you’ve got two babies. Would you go two babies or would you make sure Charlotte’s a heel because Ronda needs to be the baby?

The Rattlesnake makes a valid point. It would be much easier to sell a fight if there was a clear good guy and bad guy approach. However, sometimes the star power alone could get by, and pitting the baddest woman on the planet against the daughter of the greatest wrestler of all time could be enough to cement this as the main event without the vintage heel and babyface persona.

What do you think Ringside? Comment below, and check out the full episode here.