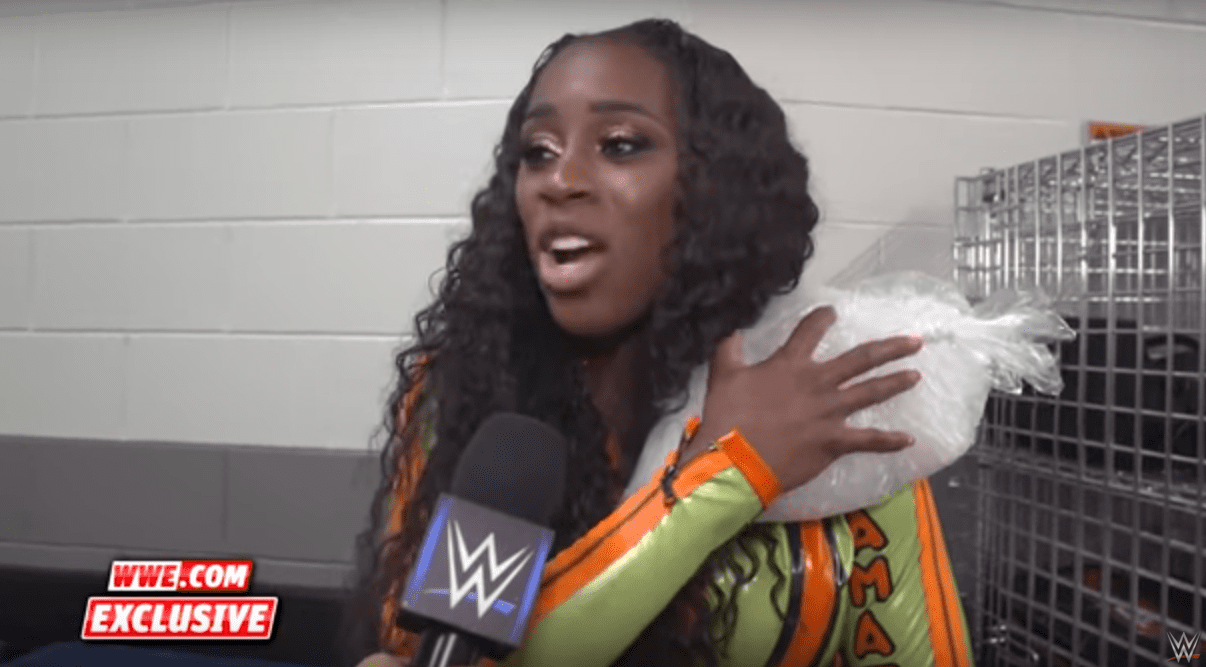 The Glow-Queen emerged victorious over Peyton Royce in singles-action last night on SmackDown Live but the celebration wouldn’t last long. Billie Kaye blindsided Naomi as soon as the match was over and the IIconics began a vicious beatdown that would have lasted a lot longer had the Empress of tomorrow not run in for the save. This was the first time we’ve seen Asuka since her latest attempts at the women’s championship against Carmella and she seems ecstatic to be back.

Afterwards, Naomi caught up with Kayla Braxton for a WWE exclusive where she admits how grateful she is that someone finally had her back after weeks of torment from Royce and Kaye.

You know what…I was so surprised. Honestly. I was like thank goodness. Finally someone has heard my prayers and my hopes and wishes. For weeks I’ve been hoping and looking for someone to come have my back and help me out against these two because they’re cowards and they’re cheaters. They’re not better than me by any means, but they’ve definitely been getting the better of me because I haven’t had anybody in my corner. So uh…after tonight I definitely owe Asuka one…or two…or three or four.