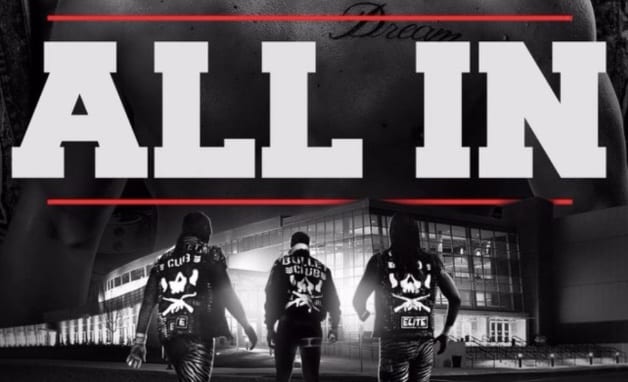 The Young Bucks’ Matt Jackson responded to a fan on social media last night, indicating that a stadium show could take place in the future following the success of All In.

The show, which took place this past weekend, was a resounding success with more than 11,000 fans piling into the Sears Centre in order to witness history. It was put together by The Young Bucks and Cody Rhodes, who combined to create something that very few thought was possible just a few years ago.

As you can see, Matt seemed to hint at an even bigger show in a short but sweet response to a fan on Twitter.

The whole process behind All In happening actually originated from an interaction between Dave Meltzer and Cody Rhodes on Twitter, with Cody taking Meltzer’s uncertainty over their ability to host such an event as a challenge.

The Bucks took part in the main event of All In, and as we look ahead to the future, it seems very likely that some kind of follow-up will take place – potentially even next year. The whole weekend, including Starrcast, felt very similar to WrestleMania weekend which could indicate that this becomes an annual event.

The logistics of running a stadium show would be difficult to sort out, but when you consider just how overwhelmingly popular The Bullet Club and company have become in the last few years, it’s entirely possible that this could go from being a dream to a reality before too much longer.