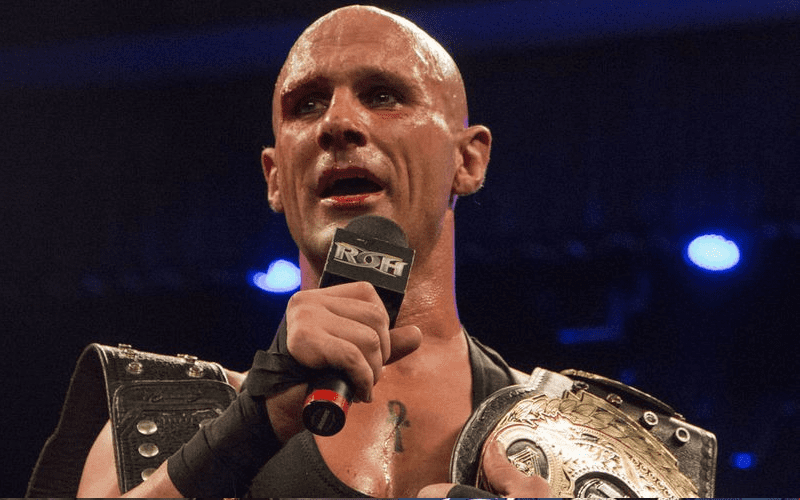 ROH & TNA veteran Christopher Daniels has made his feelings known on social media regarding fans who have been comparing All In and WWE over the last few days.

The All In show, which was considered to be an overwhelming success, has been described as an industry-changing show by a lot of fans. Daniels faced off against Stephen Amell on Saturday night in a winning effort, but it appears as if he doesn’t want to be involved in any kind of ‘back and forth’ over Twitter.

The post is entirely understandable from Daniels, who continues to defy all logic when it comes to his ability to perform at the highest level.

Dear everyone,
If you’re bound & determined to argue the merits of All In vs. Raw or SmackDown or anything WWE, could you please leave me the entire f**k out of it? The show I was on was a success, end of story, full stop.
Hugs & High 5’s,
CD

Joe,
I’m not “against” WWE. I’m perfectly fine with them & their success. I’m just tired of being tagged by people arguing whether or not 11K+ people at All In qualifies as a success or not. Way to misinterpret my tweet, 💩 for brains. https://t.co/AIE9V5TEK4

The 48-year-old has been in this business for over 25 years now, and in that time he’s been able to establish himself as one of the most well-rounded performers outside of WWE.

Daniels’ aforementioned match against Amell was considered to be one of the show stealers at the Sears Centre, with Amell performing above and beyond what many had expected of the actor – despite the fact that he’d made a handful of successful appearances in the past for WWE.

It remains to be seen whether or not he’ll continue to compete on a sporadic basis, but when it comes to Daniels, the guy seems to have a lot more left in the tank. When he finally decides to hang up his boots at some point in the next few years, it’ll be a sad day in the history of pro wrestling.