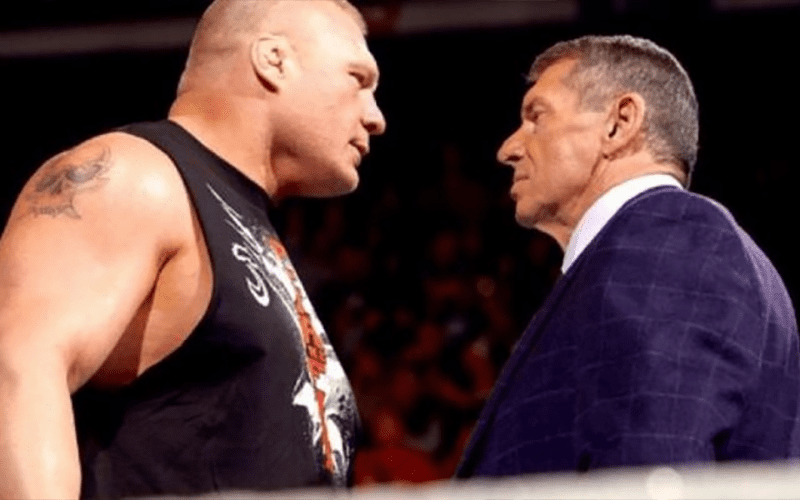 Brock Lesnar recently dropped the Universal Title to Roman Reigns and since then, Reigns rejoined with his Shield buddies and Lesnar is going back to UFC. But there was a time when Lesnar was just getting adjusted to WWE.

The WWE Hall Of Famer Jim Ross recently revealed on The Jim Ross Report that the first time Vince McMahon saw The Beast Incarnate it was obvious that they were looking at a Superstar.

“It was the first time Vince McMahon physically laid eyes on Brock Lesnar. You’re not going to hear that in a lot of places. Brock came to the event. We were recruiting him. Jerry Brisco was recruiting him heavily.”

“He was on him. He was our number one target and we got him. We got our guy. And he came to the show because, Brock, I don’t think he had been to a pro wrestling event in his life. He was not a fan. It didn’t mean he hated it. He just was occupied with working on the farm, playing football, and wrestling at a high, high level. So I remember that.

“I remember Vince walking out of his office and down [the hall] and I said, ‘Brock Lesnar is here’ and I had to refresh his memory about who that was. No face, no name – Vince didn’t know.”

Lesnar and McMahon developed a pretty good relationship that has been very beneficial for both of them. After all, if you had someone around that made you that much money it’s easy to see why they would be friendly. But it had to start somewhere.