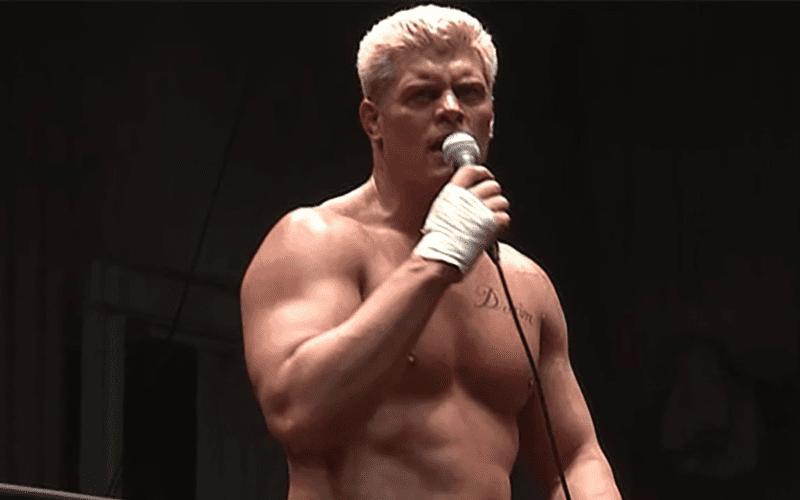 It looks like the blonde look was just for All In. After all, blood looks cooler when you can see it in someone’s blonde hair. It worked for Ric Flair and Dusty Rhodes and now Cody is following suit.

But apparently, Rhodes is back to a brunette and he’s on another flight. We’re guessing he has more episodes of “Arrow” to film. After all, he’s going to be featured in 5 episodes in the upcoming season.

Only time will tell if Rhodes will dye his hair back to blonde when the time comes for him to defend his NWA World Heavyweight Championship, but it looks like The American Nightmare has brown hair once again at least for the time being.