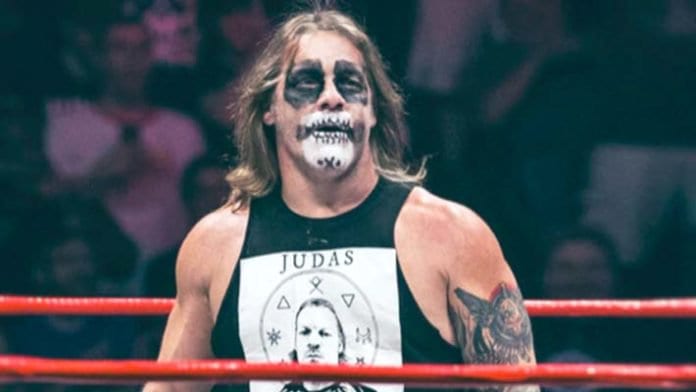 A lot of people were shocked when Chris Jericho showed up at All In and destroyed Kenny Omega after their match with a few forearms and a couple Codebreakers. As it turns out, fans weren’t the only ones who were surprised by Jericho’s surprise appearance.

Mike Johnson revealed on PW Insider Elite’s audio that he actually had more than a couple messages during All In asking about Y2J’s activity.

“I don’t think Jericho is going to be on the sh*t but did WWE know? I don’t believe they did. Because my phone buzzed up with people who work for WWE as soon as Jericho popped up on TV going, ‘is Chris Jericho on the Ring Of Honor show? Is Chris Jericho on All In? I’m like ‘yeah, I’m looking at him right now.'”

“While I’m sure WWE wasn’t happy he’s not under contract. They can’t stop him. And let’s face it he went to work for New Japan and they still brought him to the Raw Anniversary show so if he can go work there and WWE isn’t phased by that then he’ll try and do something else and see if they’re phased by it.”

“If WWE doesn’t want him to do it then they can lay down a huge contract at his feet and say, ‘we want you to sign this.’ And if he doesn’t want to sign it he doesn’t have to, he’s made his money.”

Jericho has a Travel Channel TV show on top of Fozzy with wrestling whenever he wants to. At this rate, Jericho is saving years on his in-ring career to stretch it even longer. He can do whatever he wants, and if WWE has an issue with it then they can pony up the dough to try and stop him.