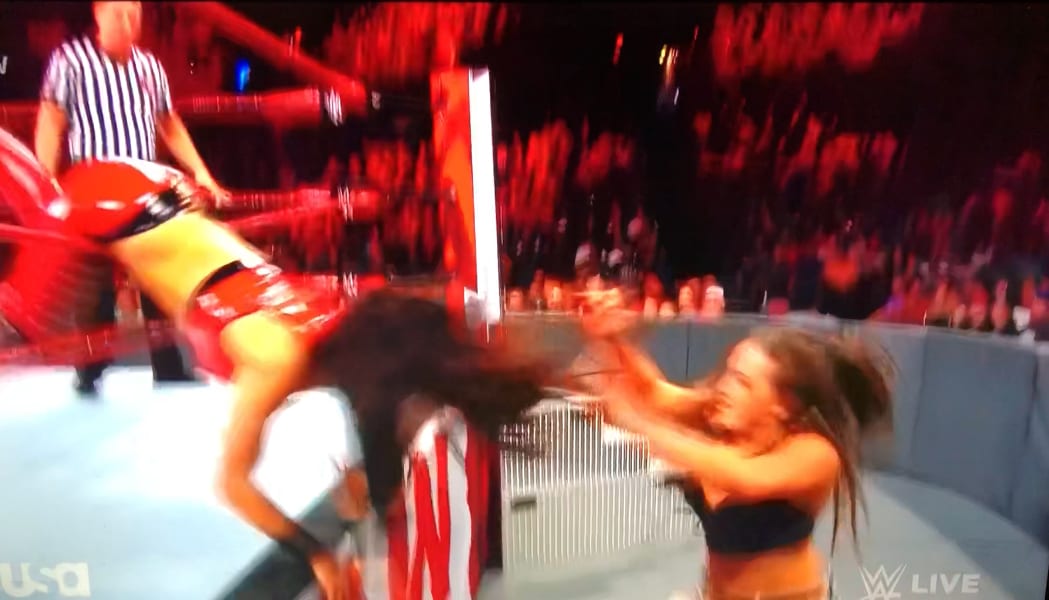 Mama Bella went for a dive on Sarah Logan during their match and needless to say, it did not go as planned. Bella clipped the middle rope, and she just crumbled to the floor while Logan tried to keep the spot alive where she was supposed to stop Brie with some kind of forearm shot.

Only time will tell if they will improve, but to their credit, both Bella Twins stepped it up near the end and Corey Graves made a couple references to “ring rust” as well. Brie also had another suicide dive later on that was a little better… but it was still scary.

Anyway, the Bella Twins defeated The Riott Squad and that’s all that really matters.