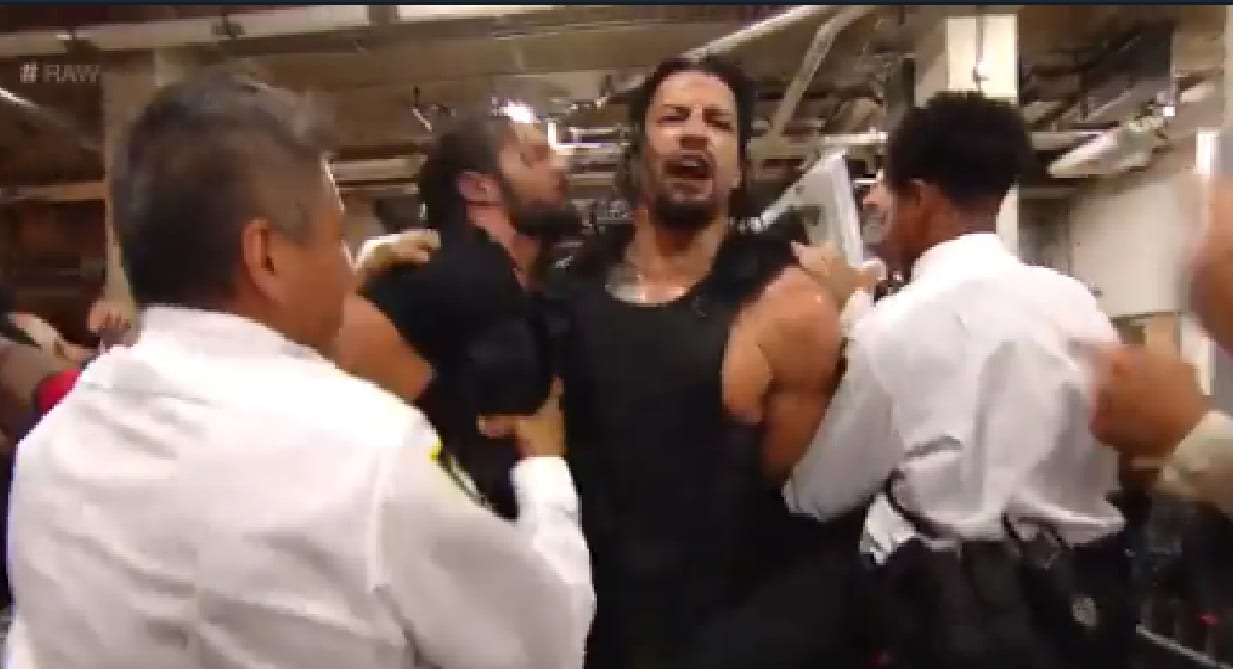 It’s an interesting time in WWE right now as The Shield reformed to protect Roman Reigns as Universal Champion and stop Braun Strowman from having a successful Money In The Bank contract cash-in.

Raw started off this week with Strowman in the ring with Drew McIntyre and Dolph Ziggler to hype their new heel team. Then The Shield rushed the ring old-school through the crowd like they used to do. This didn’t set too well with acting GM Baron Corbin who sent the entire Raw roster down to stop them.

The Shield took out several Superstars and there was a massive pull apart. Then Roman Reigns, Seth Rollins, and Dean Ambrose were handcuffed by Columbus PD and hoisted into a police van as Michael Cole said the entire faction was being arrested.

Only time will tell how easy it is to break out of a Columbus Ohio jail, but it wouldn’t surprise us if they didn’t do too much time for this but we still can’t wait to see the mugshots.

With all the CHAOS in the ring, there is even MORE chaos backstage… #TheShield has been arrested on #RAW. pic.twitter.com/DKgtSGzOyq