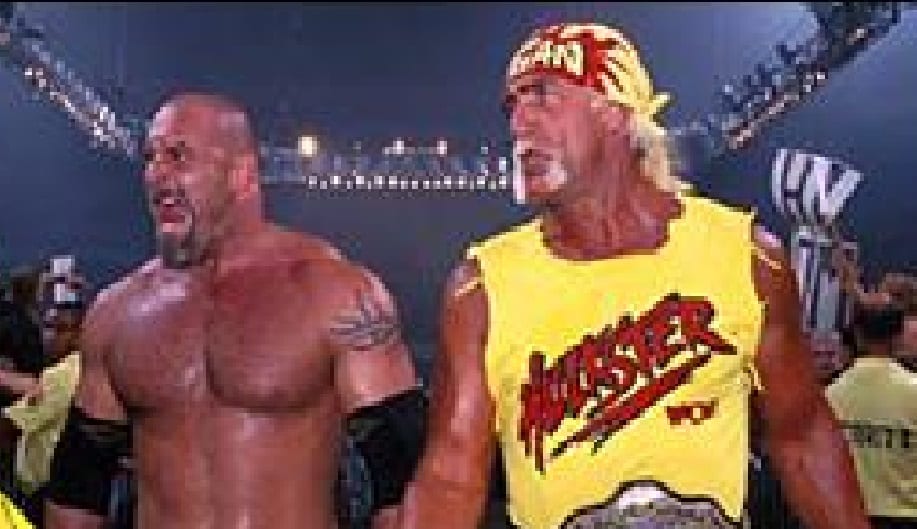 Hulk Hogan recently experienced a welcome back into the WWE Hall Of Fame and he greeted the WWE locker room backstage at Extreme Rules where he gave a speech about watching what you say because you never know when you could be recorded.

Goldberg worked with Hogan in WCW quite a bit and commented to Inside The Ropes about the Hulkster’s WWE Hall Of Fame reinstatement. WWE putting Hogan out there once again, if even in this small way was a real way to show their confidence that it could work out for Hogan this time around.

Goldberg seemed to be optimistic about Hogan’s reinstatement into the WWE Hall Of Fame saying that it wouldn’t have happened in the first place if WWE didn’t have a positive direction planned.

He didn’t say much, but in that short sentence, Goldberg certainly seemed to show that he had faith that Hogan’s WWE involvement would turn out for the best eventually. At least that was the hope.