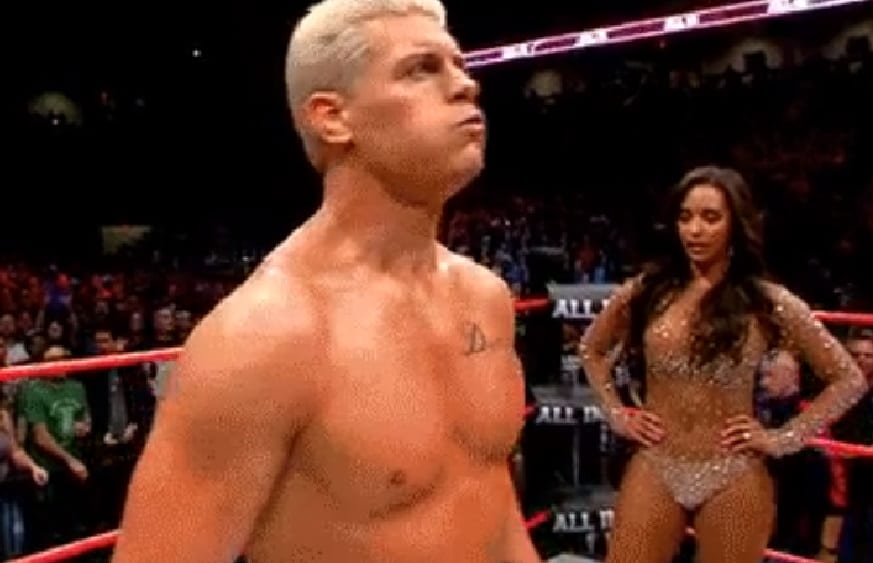 All In was a pretty special night for everyone involved whether you’re a fan or someone lucky enough to have been a part of the show. Cody’s part wolf Siberian Husky Pharoah was a huge hit at Starrcast and he loved every bit of it.

Apparently, the fans also got a little excited when the time came for Cody’s big match against Nick Aldis and they saw Pharoah. This is why plans for Cody’s entrance changed, but apparently his wife Brandi Rhodes wasn’t cool with it.

Cody appeared on the Bunny Ears Podcast panel during Starrcast this morning and he reportedly admitted that Pharoah’s role for All In was changed. Thanks to TeamLouie from Reddit for the following:

“Cody was at the Bunny Ears Podcast panel this morning and revealed that he wasn’t planning on walking Pharoah to the ring until he heard the crowd reaction to him. He was supposed to hand Pharaoh off right before he got to the ramp. He said Brandi was staring daggers through him when she saw he brought the dog out to the ring.”

“Edit: He went on to say that Pharaoh noticed all the people cheering for him when they got to ringside.”

A lot can go wrong around a pro wrestling ring so maybe Pharoah shouldn’t have been at ringside. But it was sure a great moment and added to Cody’s already impressive encourage leading him to the ring.