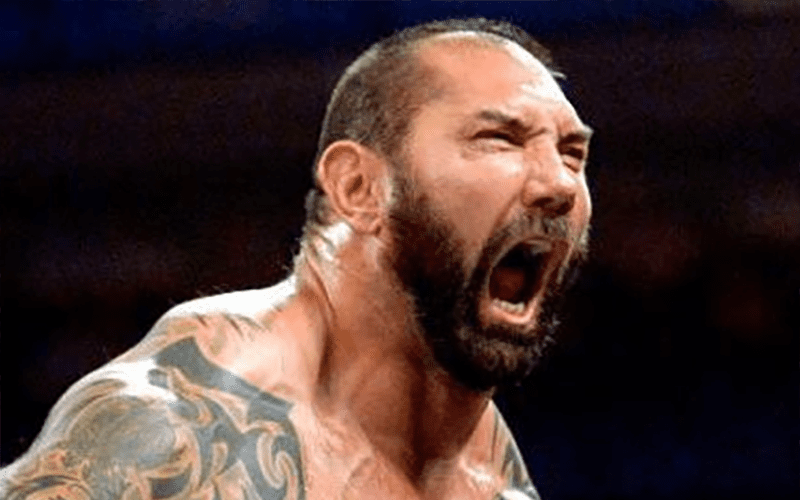 If you enjoyed Batista’s portrayal of Drax The Destroyer then this might be a good article to read. Batista isn’t happy about how director, writer, visionary James Gunn was axed from the Guardians Of The Galaxy franchise and he’s already expressed doubt that he would want to come back.

In a recent interview with Entertainment Weekly, Batista continued to cast huge doubt that he’d be interested in returning to the Marvel Cinematic Universe once again.

“They’re putting the movie off. It’s on hold indefinitely. To be honest with you I don’t know if I want to work for Disney.”

This doesn’t sound too hopeful. Then again, with the film’s production on hold indefinitely it did not look very good anyway after the exit of James Gunn.