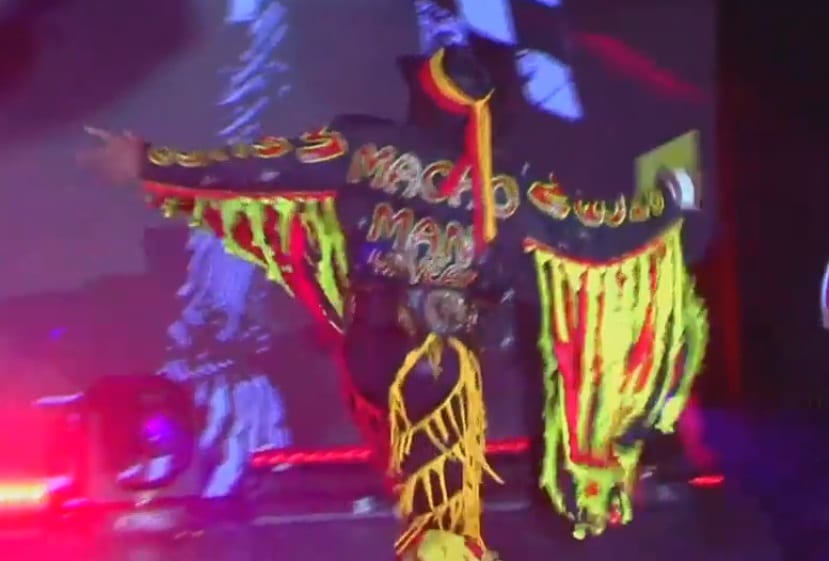 Jay Lethal defended his ROH Title against whoever won the Over Budget Battle Royal during the All In: Zero Hour preshow. It turned out to be Flip Gordon in the match and Lethal was ready.

Before the ROH Title match started, Lethal was shown backstage where a hand reached out and slapped him in the back. This transformed him back into his Black Machismo gimmick as an ode to Macho Man Randy Savage.

Bryan Alvarez noted on Wrestling Observer Radio that Lethal and Lanny Poffo, Savage’s brother were signing autographs together during Starrcast, and Dave Meltzer said the jacket Lethal used was legit. The story of how he got that jacket was pretty awesome too,

“The ring jacket that he wore was an authentic Randy Savage ring jacket from 20 years ago that a collector bought a long time ago and the collector loaned it to Lanny Poffo to give to Jay Lethal to do this match in.”

Lanny went to Lethal and said he had the jacket and that’s all it took to bring the gimmick back. This was a pretty awesome thing for the collector to do, but it was also incredibly smart because it probably raised the price of his collectible a ridiculous amount after being tied into All In like this as well as being worn by Randy Savage 2 decades ago. 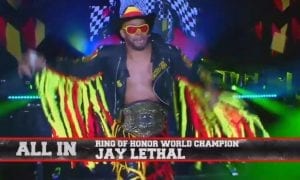 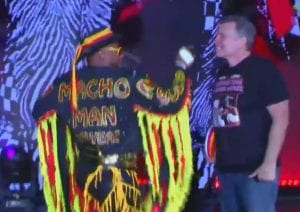