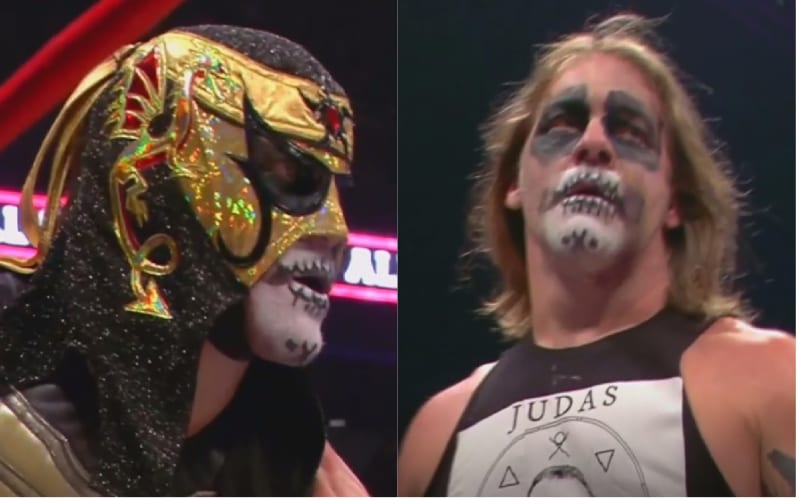 All In featured a ton of spots that we’ll be talking about for a long time. Seriously, you can hate on it all you want but they did something special in Chicago. One of the cool things they did was have Chris Jericho participate in a non-WWE show inside the United States when he invaded the ring after the Pentagon Jr. and Kenny Omega match.

The spot popped the crowd big time but how Jericho pulled it off was even more impressive especially if you consider that he had a concert with Fozzy later that night as well.

Bryan Alvarez noted on Wrestling Observer Radio that the crowd was actually fooled in a big way as well during the spot when the lights went out after Pentagon finally let Kenny Omega pin him clean.

“I thought this was clever by the way, after the match the lights go out and they actually had someone in the dark run from backstage down the ramp. So if you were in the building you were looking presuming this was somebody who was going to run in but then when they almost got to the ring the lights went back on and it was nobody, but Pentagon is in the ring.”

It was noted that the live crowd figured out it was Jericho pretty early on thanks to his tattoos and unique forearm shots. The fact he hit the Codebreaker was a pretty big giveaway too.

But even if this was a chance to plug the Chris Jericho Rock n Rager At Sea (which there are only around 100 cabins left), then making the trip was well worth it for Y2J.