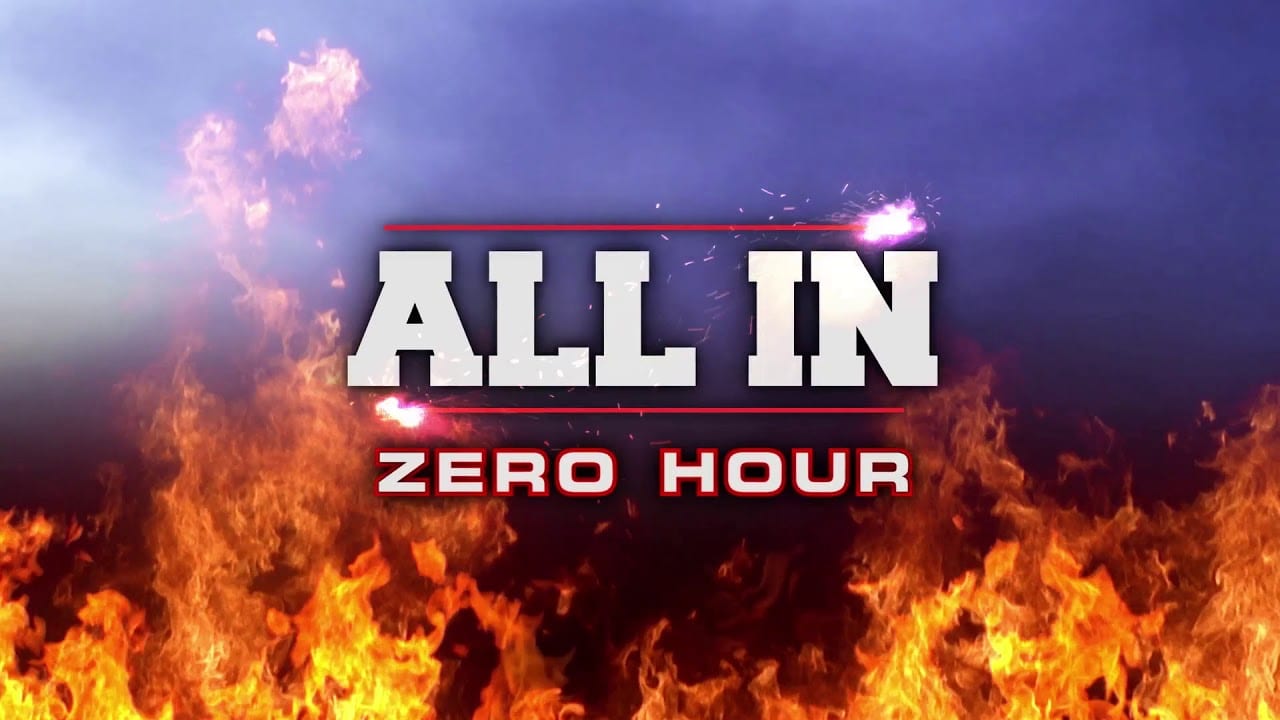 The Young Bucks and Cody come out as the show opens and does a comedy segment about the lack of pyro and having a random cameo. Road Warrior Animal comes out on a motorcycle ala Summerslam 1992. Bucks and Cody then plug free merch for the crowd and guys from Hot Topic come out and throw out merch to the audience.

SCU is dressed up like Rocky and Apollo Creed from Rocky III. SCU does their usual shitick before the match. All 4 men brawl at the open, with Briscoes getting advantage. SCU takes control and makes frequent tags, working over Mark. Jay with a cheapshot on Sky, then hits a big clothesline and the Briscoes regain control. Sky makes a comeback, but the Briscoes cut him off. Sky comes back with a rana and makes the hot tag to Kazarian, who mounts a comeback. Northern Lights/Cradle Combo for 2. Sky suplexes Mark onto Jay, then Kazarian with a slingshot rana to wipe out Jay. Sky then wipes out the Briscoes with a big flip dive. Slingshot Cutter by Sky on Jay, then Kazarian hits a cutter on Mark, followed by stereo Dragon Clutches, but Jay rakes the eyes to get free. Briscoes take back over, with Mark hitting an Apron Blockbuster to Kazarian. Hangman’s Neckbreaker by Jay for 2. Briscoes hit Redneck Boogie for a close 2. Briscoes go for the Super Redneck Boogie, but Sky stops it. No-Hands Rana from Sky to Mark off the top,then Sky helps Kazarian hit a Tornado DDT. SCU hits an Urnangi/Backstabber Combo for 2. Briscoes stop a double-team, Jay Driller on Kazarian, Froggy Bow by Mark, Sky breaks up the pin. Briscoes call for the Doomsday Device,but Kazarian catches Mark with a powerslam for the win.

Backstage, Alicia Atout interviews Kenny Omega about his match tonight with Pentagon, while poking fun of how WWE does backstage interviewing.

Over-Budget Battle Royale, Winner receives ROH Title Shot at ALL IN: “The One” Billy Gunn vs. Austin Gunn vs. “Thick Momma Pump” Jordynne Grace vs. MOOSE vs. “All Ego” Ethan Page vs. Impact X-Division Champion “The Machine” Brian Cage vs. Marko Stunt vs. Ring of Honor Television Champion Punishment Martinez vs. Brandon Cutler vs. “The Zombie Princess” Jimmy Jacobs vs. Colt “Boom Boom” Cabana vs. Rocky Romero vs. Trent Barretta vs. “The Kentucky Gentleman” Chuckie T. vs. Cheeseburger vs. Bully Ray vs. “The Innovator of Violence” Tommy Dreamer vs. Chico El Luchadore vs. Hurricane Helms

Series of crazy dives from everyone early, including Bully powerbombing Chico through a table. MOOSE takes control, until he is eliminated by Marko Stunt. Lots of crazy sequences from everyone. Bully chops Stunt to eliminate him. Cutler is eliminated. Punishment eliminates the Best Friends. Cage drills Romero with a Discus Clothesline and eliminates him, then eliminates Cheeseburger. Cage and Punishment trade headscissors takeovers. Punishment with a heel kick, but Hurricane with the Chokeslam to Punishment and Cage. Page eliminates Hurricane, but Colt eliminates Page. Dreamer uses a trash can and cookie sheet on the Gunns, then shots to Punishment, followed by the Flip, Flop and Fly. Dreamer with the Spicolli Driver, but Bully with a can shot to eliminate Dreamer. The Gunns stop Bully from eliminating Stunt, but Jacobs takes control with a ball claw and the Five Knuckle Shuffle on Austin Gunn. Billy stops the Pedigree, but Jacobs kisses him. Billy eliminates Jacobs. Austin Gunn eliminates Punishment, but Bully eliminates Austin. Billy with the Fame-Asser to Bully. Marko with a Codebreaker to Cage after Cage eliminated Billy. Bully eliminates Marko. Cage and Jordynene go back and forth, with Jordynne eliminating Cage after a powerbomb. Grace goes toe-to-toe with Bully, who rakes her eyes. Bully elininates Jordynne, down to Colt and Bully. Bully eliminates Colt, but Chico El Luchadore, who was not eliminated, eliminates Bully and unmasks as FLIP GORDON to win the battle royale and be ALL IN after all! WOW!