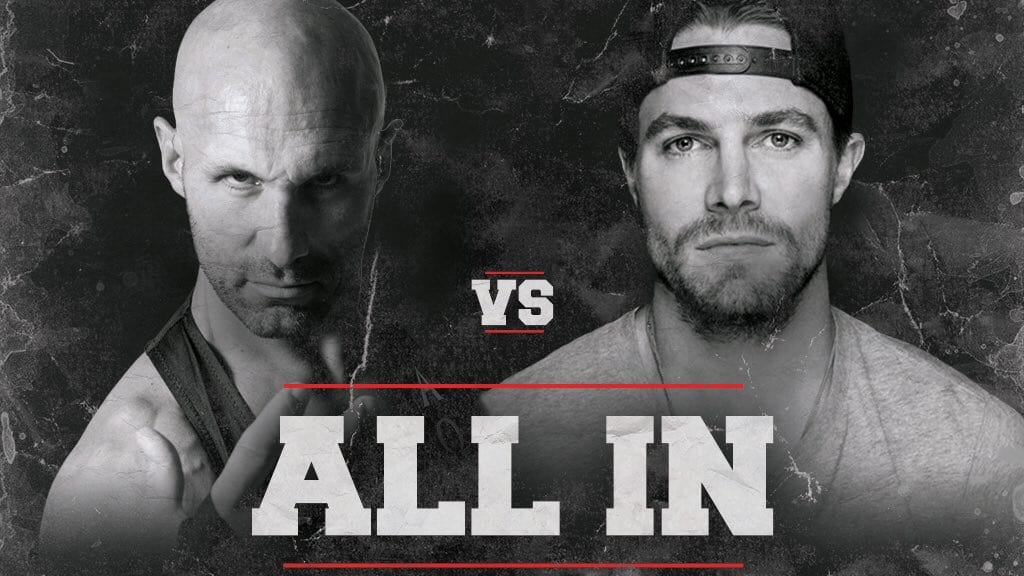 Stephen Amell has been training hard for his pro wrestling return and he had a chance to tangle with Christopher Daniels at All In.

Amell got a table involved early on and set it up on the outside. After teasing a table spot, then moved back into the ring.

Amell showed some good wrestling and selling as well as Daniels took control. The Arrow star came back and hit some moves like the falcon arrow but he couldn’t pull down the win.

As John Mayer watched at ringside, Amell hit a coast to coast drop kick for a two count. Daniels came back but he couldn’t close the deal either.

Finally, Amell landed an extreme elbow drop through a table, but Daniels moved out of the way causing the superhero star to crash on his own. Referee Jerry Lynn got heated at Daniels, but the match continued until Daniels hit a Best Moonsault Ever for the win.

But Stephen Amell certainly impressed a lot of people in this loss.

You can read our full results here.