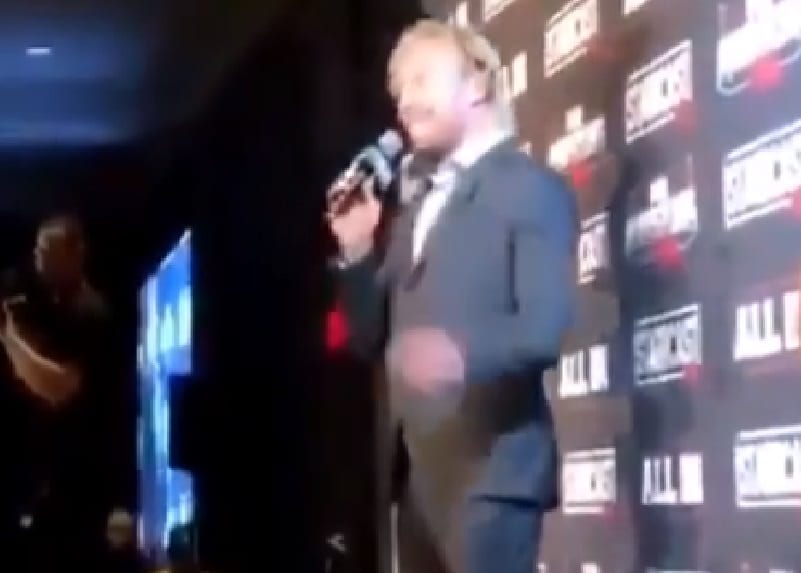 Kenny Omega might be coming to WWE if they can make the money work out and everything else for that matter. But at this point, the IWGP Heavyweight Champion might not have much else to prove.

He took the opportunity during a conference at Starrcast to not only throw out a pretty interesting analogy but also a dig at Roman Reigns in the process.’ Omega was asked about the indie wrestling scene and he found a clever way to use his words to say way more than what he was simply saying.

This got a huge reception from the Starrcast crowd for obvious reasons. Only time will tell if we’ll see Roman Reigns in a One-Winged Angel eventually, but the idea is certainly seeming exciting to these fans.