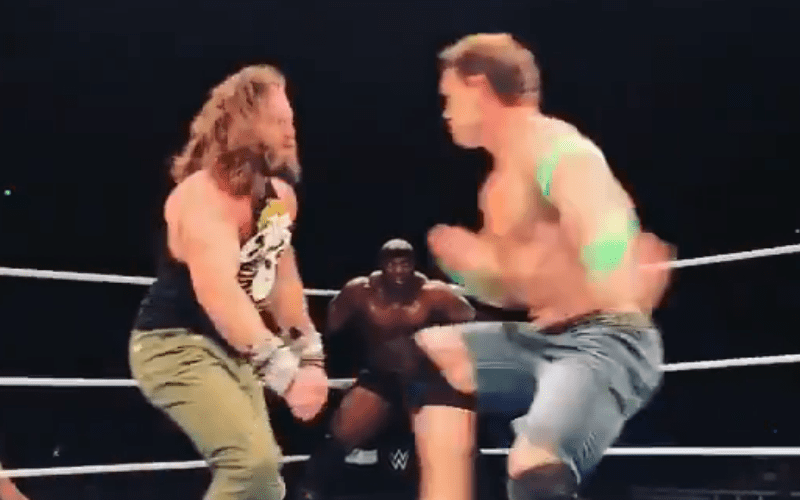 John Cena returned to action at the WWE Live Event in Shanghai, China and debuted a new six move of doom. The move Cena performed is known as the Lightning Fist and he used it to get the victory over his opponent.

Below is footage of Cena using the move in his match against Elias.

What are you thoughts of Cena’s new move? Is it any better than Hulk Hogan’s poke of doom? Sound off in the comment section below.