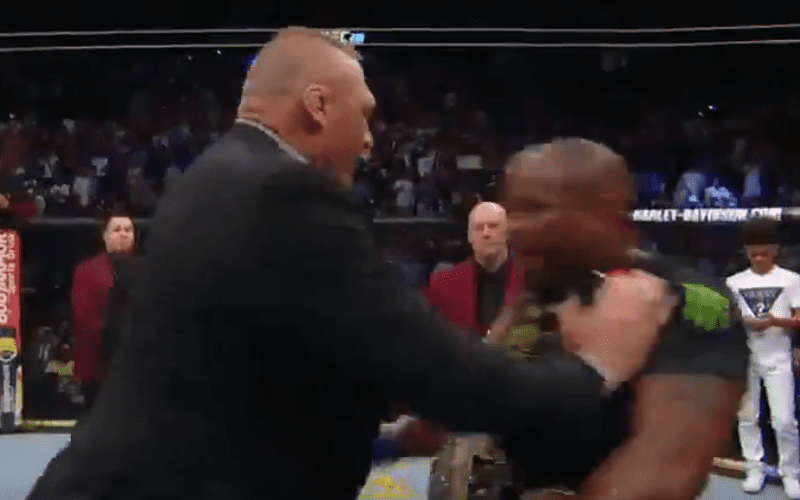 While speaking to a Russian news outlet (via MMA Junkie), Jon Jones talked about the upcoming fight between Brock Lesnar and Daniel Cormier and predicted that Cormier will come out on top as the winner.

“I’m definitely very excited to see Cormier fight Brock Lesnar. I think Daniel Cormier wins the fight. He’s just too fast. I feel like when I fought him he was quicker than me with certain combinations. I can only imagine he’s going to be a lot quicker than Brock Lesnar.”

As of this writing, it still remains to be seen when UFC will announced the fight. It was noted last week that UFC may have the fight during Super Bowl or WrestleMania weekend. We will keep you updated.