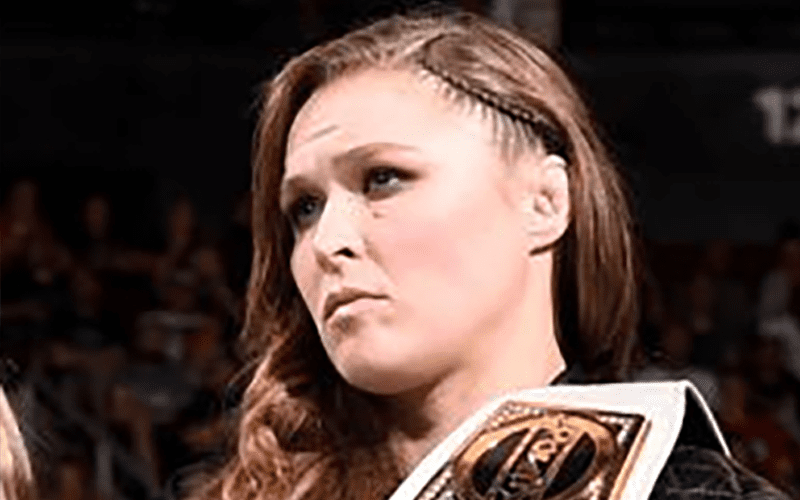 Ronda Rousey took some time to reflect on a busy edition of Monday Night Raw last night, sending a message to Alexa Bliss in the process.

Rousey’s rise up through the ranks of WWE has been well documented, and in the wake of her Raw Women’s Championship victory, it seems as if the only way is up for her as she begins to cement her legacy with the company. Ronda was criticised during the early stages of her tenure with many fans feeling as if she was going to be another part-timer, but as we’ve seen, that hasn’t been the case whatsoever.

Judging by the following post, too, she seems to be genuinely passionate about her new career path.

Rousey is set to defend her title against Alexa Bliss at Hell in a Cell in a few weeks time, and on top of that, she’s also been confirmed for WWE’s upcoming Super Show-Down event in October as well as WWE Evolution.

It’s no secret that she’s being positioned as the female face of the company, and while many fans are already speculating as to what her WrestleMania 35 match could look like, there are a few clear contenders that are already sticking out above the rest.

A match against Natalya has been rumoured for quite some time now, although, given recent events, WWE may not want to go down that path. If we’re talking about potential main events, though, it still feels like a match against Charlotte Flair could be in her future.