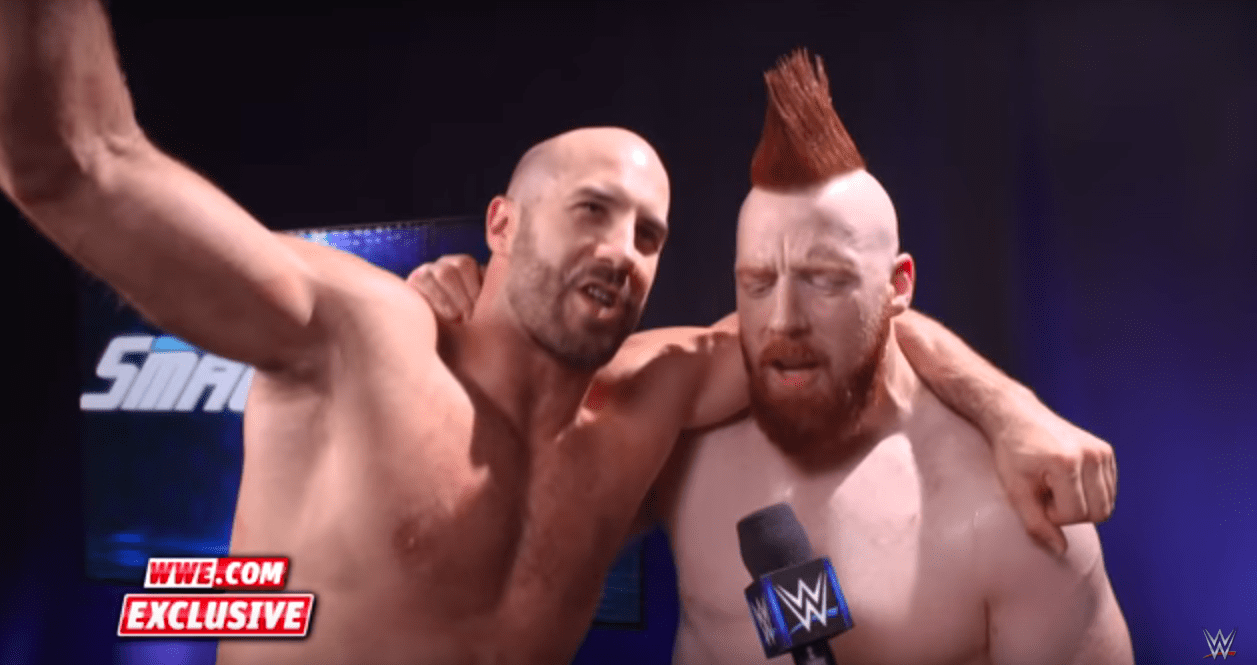 Cesaro & Sheamus emerged victorious in last nights triple-threat tag bout to advance to the #1 contenders matchup. They will face the winner of next Tuesday’s triple-threat between SANITY, The Usos, and Rusev Day. If you recall the Swiss-Superman and the Celtic Warrior were the team who finally dethroned The New Day during their record-breaking stretch as tag team champions at the beginning of 2017. How confident are The Bar feeling this time? Well they just can’t stop singing in this new WWE exclusive with Charly Caruso.

CHARLY: Here’s the question: How confident are you that you are not only going to make it to the Hell in a Cell PPV to face The New Day, but also capture the SmackDown tag team titles.

SHEAMUS: We ooze confidence…because you know what’s going to happen at Hell in a Cell?

Check out the Bar’s enthusiasm below.