Ross opens today’s show by speaking about the passing of former WWE Official, Ed Cohen. He says he’s very grateful that he had the opportunity to work with someone like Cohen, who he calls a great man. He notes that Cohen had bone cancer at the ages of 17, 27 and 37, and Ross believes it was complications from that disease that ultimately took his life a few days ago.

Ross is unsure what the issue is between WWE and Neville. PWInsider reported this week that Neville’s WWE contract has expired, and Ross notes that Neville has gone away quietly without rocking the boat. He points out that whenever someone leaves WWE like that it’s usually about either money or creative, but in either event, whoever signs Neville is going to get a great talent. Ross adds he’s a huge fan of Neville. 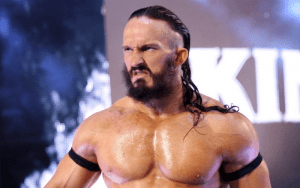 It was also reported this past week that Ronda Rousey is interested in extending her WWE contract. Ross assumes that Rousey is having a lot of fun right now and will apparently put off her plans to start a family in order to continue this run. He had a feeling that Rousey was going to make a seamless transition to professional wrestling, even though some were critical of her because she didn’t “pay her dues”, which Ross thought was silly.

Ross says he’s very proud of Cody Rhodes and The Young Bucks. ALL IN sold out in less than 30 minutes, and the show will now be broadcasted on PPV and the FITE TV app. He points out that guys like Rhodes and the Jackson Brothers will carry professional wrestling into a new era, and he thinks there needs to be more people like them.