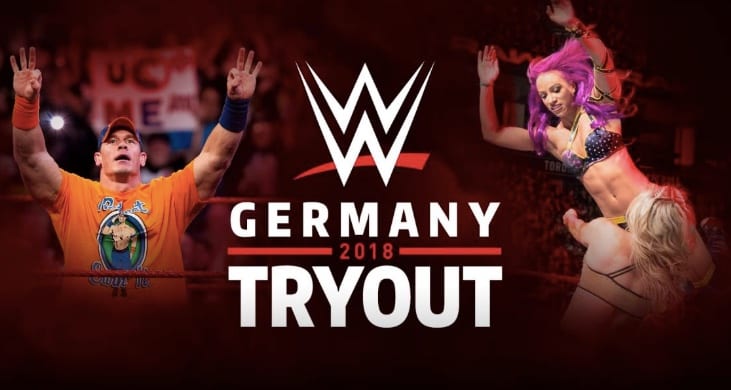 WWE is set to make history in November after announcing that they will hold tryouts in Germany for the first time.

The tryouts, which will take part during the traditional European tour, will be held in Cologne as athletes from around Europe aim to prove that they’ve got what it takes to earn a spot at the WWE Performance Center in Orlando, Florida.

MUNICH, GERMANY and STAMFORD, Conn. – WWE today announced that it will visit Germany in search of the next generation of WWE Superstars by holding the first-ever talent tryout in Cologne this November. The four-day tryout will give up to 40 athletes from Germany and mainland Europe the opportunity to showcase their abilities with the goal of being selected to begin training at the state-of-the-art WWE Performance Center in Orlando, Fla. The talent pool will comprise of elite performers with a diverse background in sports and athletics, including football, rugby, powerlifting, mixed martial arts, strongman and bodybuilding.

“WWE is dedicated to recruiting the most talented athletes and entertainers from around the world and developing them into global Superstars,” said Paul “Triple H” Levesque, WWE Executive Vice President, Talent, Live Events & Creative. “Germany is an important market to grow our business, and Europe is a key region from which to recruit premier athletes who want to pursue the dream of becoming a WWE Superstar.”

.@WWE is dedicated to finding the most talented athletes from all around the world.
Looking forward to first ever tryout in Cologne, Germany this November and the launch of https://t.co/91c95t7VZc in German. https://t.co/y0qZ67bf8q pic.twitter.com/PwfeVGcrlQ

It’s certainly no secret that WWE is trying to make more of an impact in Europe, which makes sense, given that the majority of notable promotions outside of the company are located in and around the continent. We’ve seen them make a strong effort in the United Kingdom with the launch of the NXT UK brand, and now, it seems as if they’re making the same kind of effort in Germany.

This appears to be a part of their bigger goal, as Triple H stated, to break into a series of new markets.