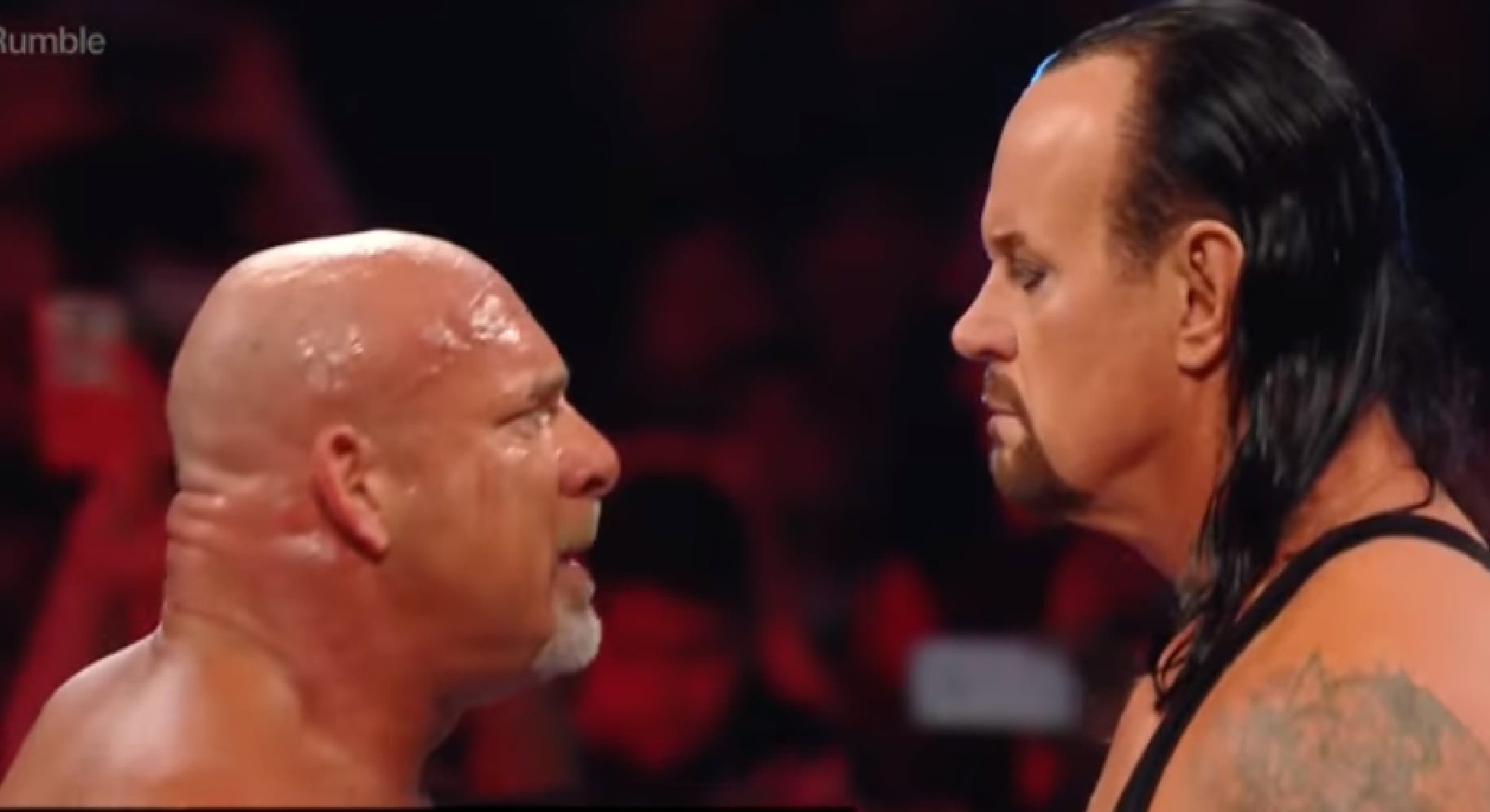 Goldberg recently took part in a Q&A with Inside The Ropes where he was asked about a potential match against The Undertaker.

While speaking to Inside The Ropes, Goldberg didn’t seem too eager to ask for a match against The Phenom, but Goldberg also said he is totally able to pull it off at the same time. But he’s not asking for the match at all, however, if the right timing and story come along then that’s a different story.

“I would like to have [a match against The Undertaker] if it came available and it was right and people wanted it I’m still capable of doing it.”

“Because once I sit here and say that it’s a match I’d like to have it means I’m asking for it. I’m not asking for anything. I’m just saying if the cards fell right it… I would say no.”

Goldberg also said he’s known The Undertaker for years and has a deep respect for the Dead Man. He also said the moment he shared in the ring as Taker and he had a chance to have a staredown while Brock Lesnar was also there was disappointing in a way. He said it was a tease with no plan for a payoff.