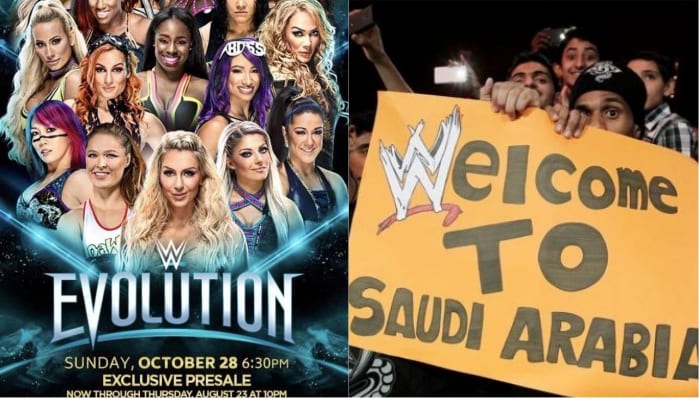 WWE raised a lot of controversies when they traveled to Saudi Arabia for the Greatest Royal Rumble and left every woman in the USA. Now WWE is headed back to the Kingdom Of Saudi Arabia as part of their multi-year deal with the country.

Dave Meltzer noted on Wrestling Observer Radio that a lot has gone in Saudi Arabia since WWE left. But at this point, the date of the show on paper is November 2nd which is an incredibly short time after the October 28th Evolution event.

“I’m not saying that’s the reason they did it, but the date they did it. You’d have to be very naive to believe those dates aren’t coincidental because now they can say, ‘we just gave them their own pay-per-view’ before this big show.”

Unless something drastic changes, women won’t be allowed to go back to Saudi Arabia once again. But at least they’ll have Evolution