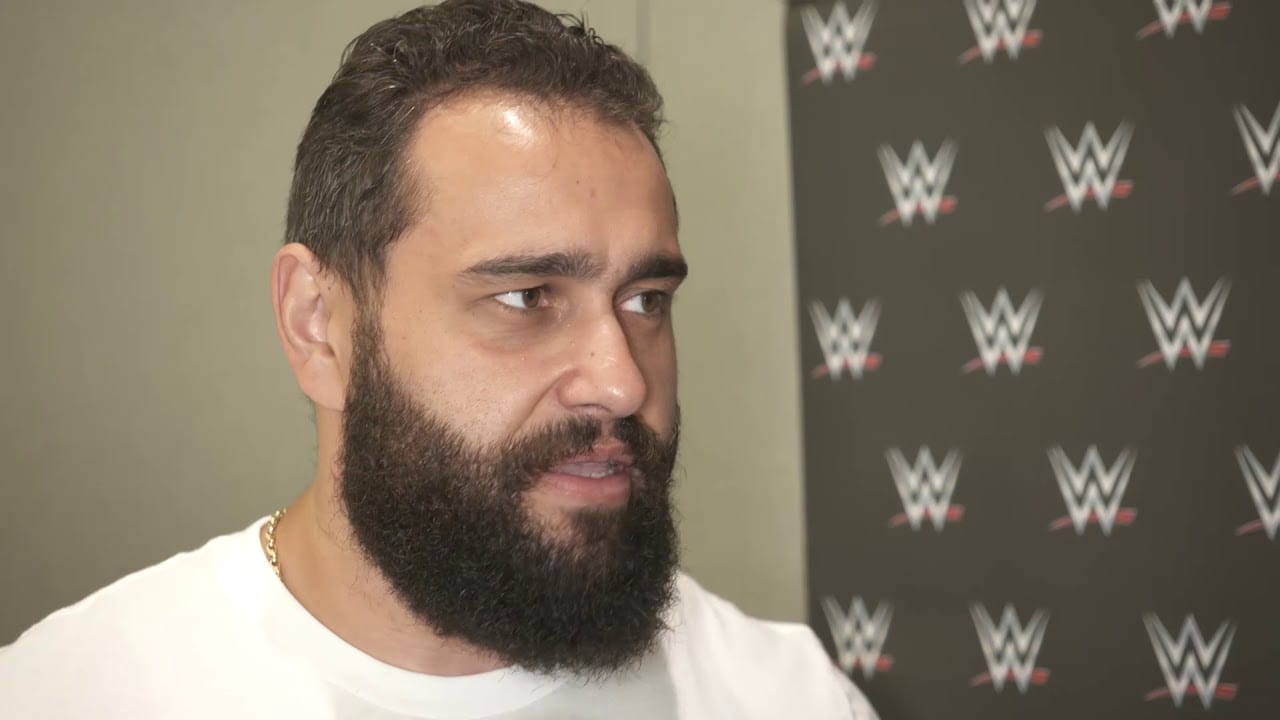 SmackDown Live Superstar Rusev was recently interviewed by Gorilla Position. We previously covered comments he made about being frustrated with his position in the company. However, “The Bulgarian Brute” also used that interview to discuss a conversation he recently had with Hulk Hogan, who is now back in the WWE Hall of Fame.

To begin with, Rusev commented on the reactions he receives from the audience. Rusev is of the belief that his character does not always need to be serious. The funny scenarios he finds himself in make fans laugh, which he likes. He provides Kurt Angle’s career as an example.

“Every time people are like, ‘oh you should be more serious like this and you’re a monster’… When you look at Kurt Angle, he always did the funny stuff. [Angle] steps in the ring and he’ll kick your ass twice and that’s why I was like, ‘that can be me, I can do fun stuff because that’s what I wanna do.’

“At the same time in the ring, I can beat you so hard that you’ll never want to show up again. So that’s what I wanna do and that’s what I’ve been doing and I guess it’s worth it.”

Rusev was asked who his dream match would be against. This led the Superstar to reveal Hogan is his dream opponent and explained why that is. He also revealed a conversation he and the Hall of Famer had recently.

“Hogan. He’s back in the Hall Of Fame. Yeah, Hogan, man he’s the guy I started watching wrestling because of him and I came to America because of him so I could be a professional wrestler so definitely Hogan.

“I talked to him a couple weeks ago about some different stories about matches with Warrior and WrestleMania with The Rock in Toronto and yeah. He knows so much and he has so much experience with so many stories to tell.”

Would you like to see Rusev vs. Hogan? Do you agree with Rusev’s character perspective? Let us know in the comments below.