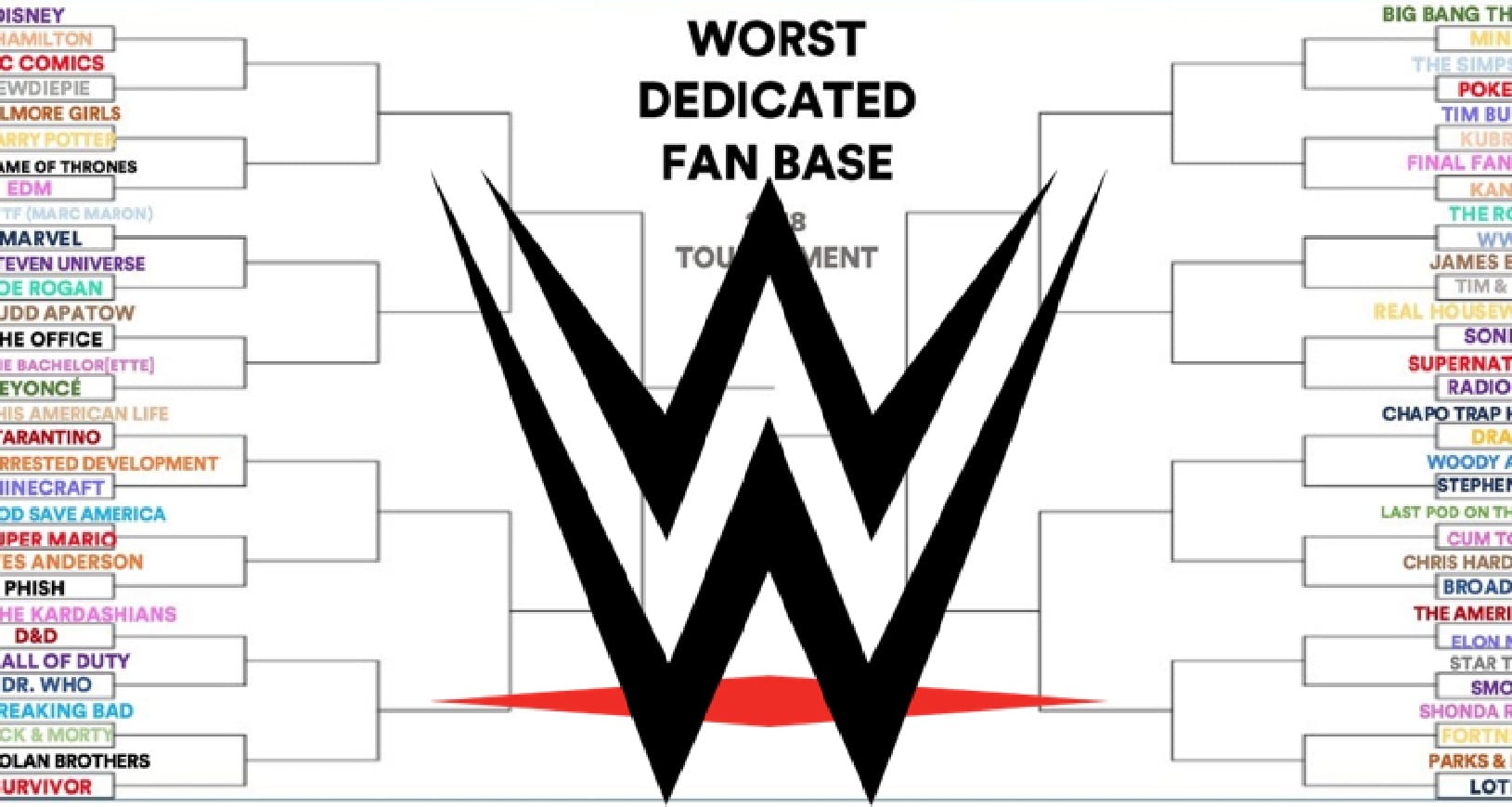 WWE fans have a lot of opinions, but so do fans of many other things. Twitter user Michelle Spies recently created her own bracketology to determine who is the Worst Dedicated Fan Base and WWE fans are right there on the list.

In the brackets, WWE fans are pitted against The Room first so many people don’t have WWE fans moving past the first round. But this is the kind of tournament you really don’t want to win.

Vice did their own run-through which saw Woody Allen winning this tournament. But when we played the game it had a totally different result.

So we’re going to let you take a look for yourself and see how your fantasy booking of annoying fan bases turns out.

Folks the season is upon us: it's time for the Worst Dedicated Fanbase Tournament 2018! Vote for round 1 team winners here: https://t.co/sSDQrCCcSA pic.twitter.com/FeWsPu0qdU