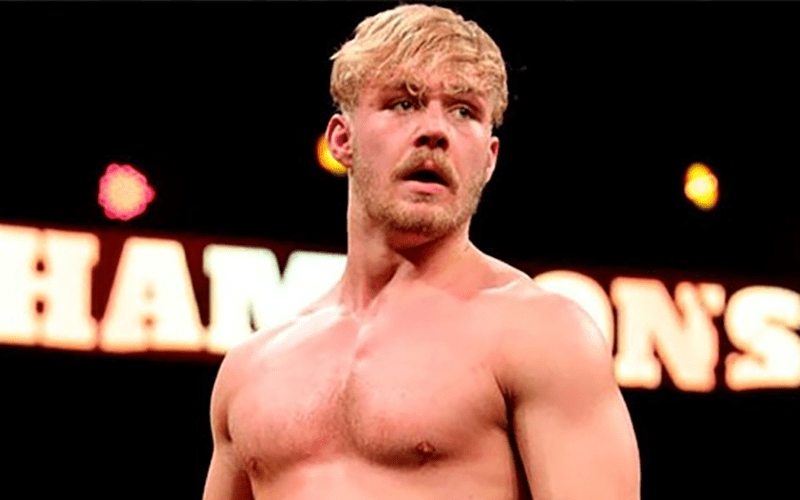 Tyler Bate has impressed fans all over the world with his skills as an in-ring competitor on WWE TV. Combine that with his impressive schedule over the independent circuit and nobody can deny the athletic ability of the 21-year-old WWE Superstar.

During an interview alongside Moustache Mountain partner Trent Seven for The Mirror, Bate was asked to comment on his amazing feats of strength inside the squared circle. Tyler had the following comment to say, making the claim he is the strongest man in WWE:

“I like to think I’m the strongest man in WWE. It’s why I call myself the Big Strong Boi.”

In addition, Bate and Seven commented on Pat McAfee comparing Moustache Mountain to Davey Boy Smith and Dynamite Kid (British Bulldogs). McAfee, as many fans will know, is one of the panelists for NXT TakeOver events.

Seven: “Yeah, well he was very complimentary. It does make you think about just what kind of impact we can have as regards being UK and British wrestlers, having the chance to travel abroad and overseas, being able to wrestle on that stage, it’s a burden I’m more than happy to have.”

Bate: “Yeah it’s a lot of pressure to be compared to teams like the Bulldogs and I think Moustache Mountain can really live up to that pressure.”

Seven: “I agree, I think it’s that kind of pressure that really pushes people on to the next level. Our goal is to continue climbing the ladder of WWE and eventually get on the main roster but for now, let’s just keep building the brand of NXT UK.”

Do you agree with Bate? Can you see similarities between the British Bulldogs and Moustache Mountain? Let us know in the comments below.